From the book, For a Language to Come, 1970. Courtesy of Osiris

Takuma NAKAHIRA is one of the fathers of modern Japanese photography. Born in 1938 he came to represent the heyday of early photographic experimentation, yet discussion of his work beyond Japan is often under appreciated — his critique and artistic urgency contrary to the established photographic practice in the late ‘60s and early ‘70s.

His life is perhaps of greater significance because of his unwavering commitment to arguing against photography as art or emotional expression. Photography at that time split itself into two brackets: the photograph as ‘documentation’, and the photograph as ‘performance’. His work somehow straddled both, remaining unique and distinguishable in a way like no other.

Circulation (1971), his series of temporary exhibitions that lasted a week and ran the length of the 7th Paris Biennale, was as much a performance as it was a record: temporary, immediate, unreflective, spontaneous and carefree. A record of Parisian life as much as a performance and ritual in itself, each temporary installation was different and from the last with images that succumbed to the world around them.

He was a fierce critic. His writing knew no bounds and along with fellow critic and Provoke member Koji Taka, he penned inquisitive, challenging text that pointed at reasons ‘why’ the act of taking pictures meant something more than a prescribed technical process. His writing in For a Language to Come (1970) and Why an Illustrated Botanical Dictionary?: Takuma Nakahira’s Collected Writings on the Image (1973) suggested ‘a generation of anxiety’. ‘What is photography?’ was to become the overriding question that hung over him. Unlike others, to took a while for him to figure this out.

Over time he resented the photography’s preoccupation with contemporary art and destroyed all his negatives in a fit of rage. In 1977, he collapsed due to acute alcohol poisoning and lost a great deal of his memory in the process. Initial aphasia (an inability to speak) along with memory loss suggested he be thrust into a world unknown to him but the opposite was true. Once discharged from hospital he wrote, “First and foremost, I continue to insist that I am a photographer. It is entirely impossible for me to abandon that. I have always believed that I was born into life to be a photographer.” His commitment and urgency seemingly knew no bounds. 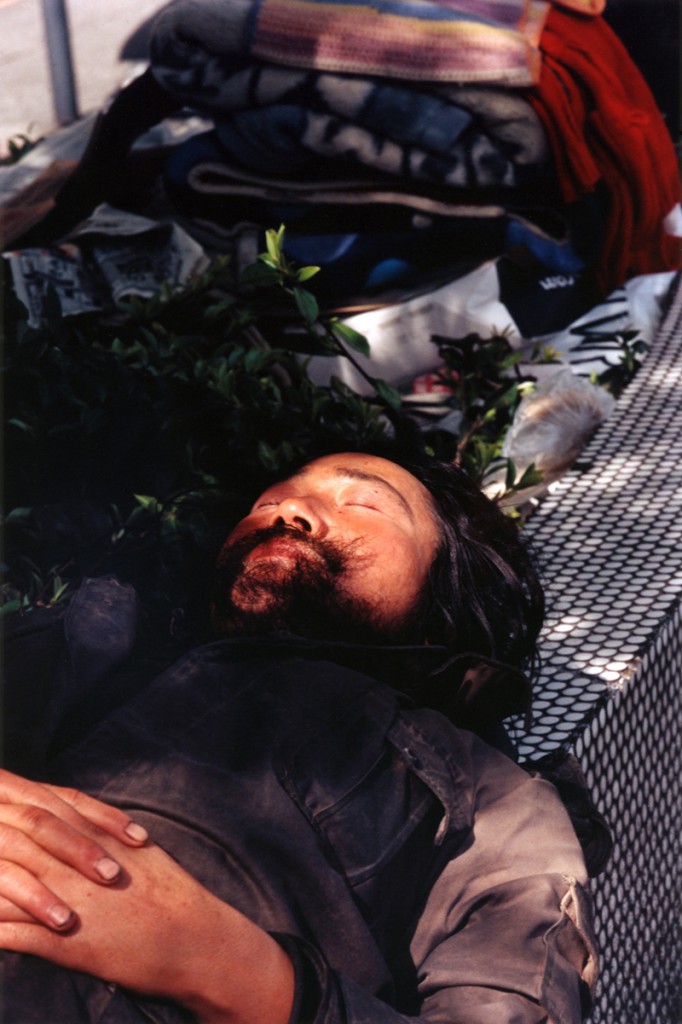 Untitled, 2002. From the series, Degree Zero – Yokohama Courtesy of Osiris 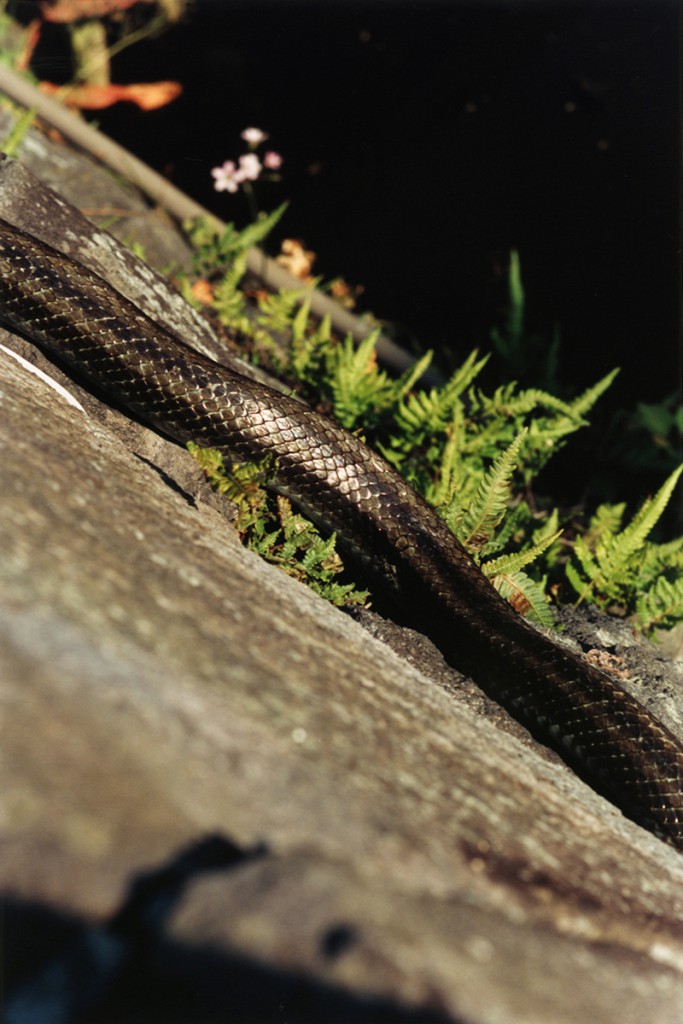 Untitled, 2002. From the series, Degree Zero – Yokohama Courtesy of Osiris

Convalescence during the ‘80s and 90’s followed. Yet despite this he continued working. Two books A New Gaze (1983) and Adieu à X (1989) emerged as evidence that he remained in some way active, capturing aspects of local neighbourhood while coming to term with photography as a necessary feature and function of his life. Indeed it was Adieu à X (1989) that earned him the Society of Photography Award in 1990, alongside Araki and Seiichi Furuya. The following period saw him transition from monochrome to colour and his first major exhibition at Yokohama Museum of Art, Takuma Nakahira: Degree Zero – Yokohama (2013) reflected on all his work to date. It was a return that could not have been more complete, with him remarking at the time,“I have returned to being a naive photographer.”

During his final few years he moved to a nursing home in Yokohama and on September 1st at 02:08am he passed away aged 77, following a short bout of Pneumonia. His life and health had been dominated by a struggle to give meaning to the question of photography, best represented by the very statement that started it all, as true now as it was when he wrote it. Photography, as he said in an edition of Provoke, “needs to stop expressing feelings. When it is completely a record, it can be something.”

Special thanks to Osiris for image and reference material.