Children of Unquiet (2014) by Mikhail Karikis. Installation view at “The Third Entity,” Asakusa, 2015. Courtesy the artist and Asakusa, Tokyo. Photo by Ippei Shinzawa

The first edition of “1: The Third Entity” was held as the first exhibition curated by the art space Asakusa in collaboration with Kawakami Laboratory, Kurashiki University of Science and the Arts. With a mission to broaden our thinking through innovative exhibitions, Asakusa weaves the concepts behind artworks in surprising ways. The exhibit offers a wide array of ideas that blend place and time, brought together in the unique space of a renovated 40-square meter historical Edo wooden structure. The works by the three creators, Taka Atsugi, Mikhail Karikis and Héctor Zamora, shed light on a vast range of contemporary issues including labor, community, and the sharing of ideas and sources of energy.

Taka Atsugi and the Message Behind Documentary Film

When entering Asakusa’s quaint wooden structure, the first video piece one notices is Taka Atsugi’s documentary, We’re Working So Hard (1945). Interestingly, this work has been presented for the first time in an exhibition context. As the title suggests, we immediately witness images of women tirelessly working their bodies in unison, appearing as one big machine to the clothing factory. While Atsugi was known as a politically leftist filmmaker, the Imperial Office commissioned this film, where censorship has encoded a positive portrayal of women working in deplorable conditions. The problems that Atsugi perhaps witnessed in these scenes had to remain hidden, yet new meaning can now be voiced as it interacts with the two other video pieces. As the earliest work introduced here, it could be viewed as a precedent for the video medium’s ability to capture the realities of post-industrialist society. We must question then, how the medium and its representation of these issues have evolved up until today. 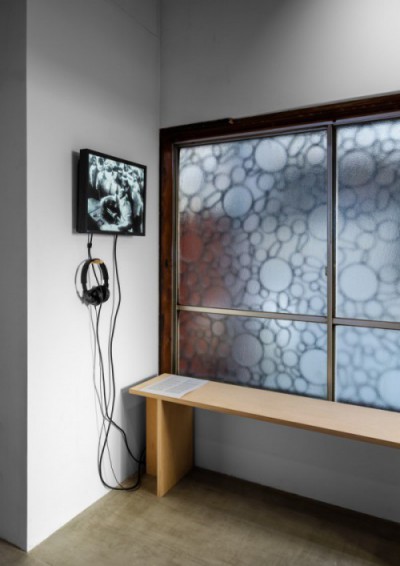 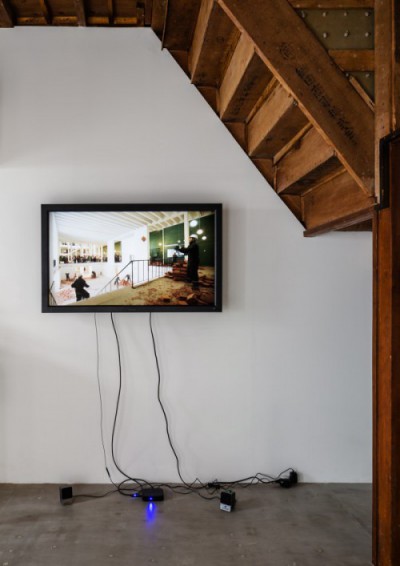 Turning next to Héctor Zamora’s piece, Inconstância Material (“Material Inconstancy,” 2012-13), we are struck by strange scenes of construction workers tossing each other bricks in a chain-like order. These bricks are simply passed along, at times smashed to the ground in this careless act. Yet the seemingly ridiculous performance was put on within the public setting of a university, as part of the larger 13th Istanbul Biennale event of 2013. In this common setting, the image brings up the meaninglessness of circulated goods at the hands of laborers. Even art itself, moving from one space to the next, is another commodity of the capitalist world running on endless consumption. This everyday setting directly involves all of us, making us reconsider the real value of objects including art, culture, and ideas, and as to whether there is any true claim on them. With Atsugi’s work next to Zamora’s, as a documentary, the first piece contains the real images of social issues that continue to remain at the core of contemporary artworks. Zamora then expands the past realities of modern labor into a playful performance bridging international borders and inviting thoughts on issues not regularly addressed. 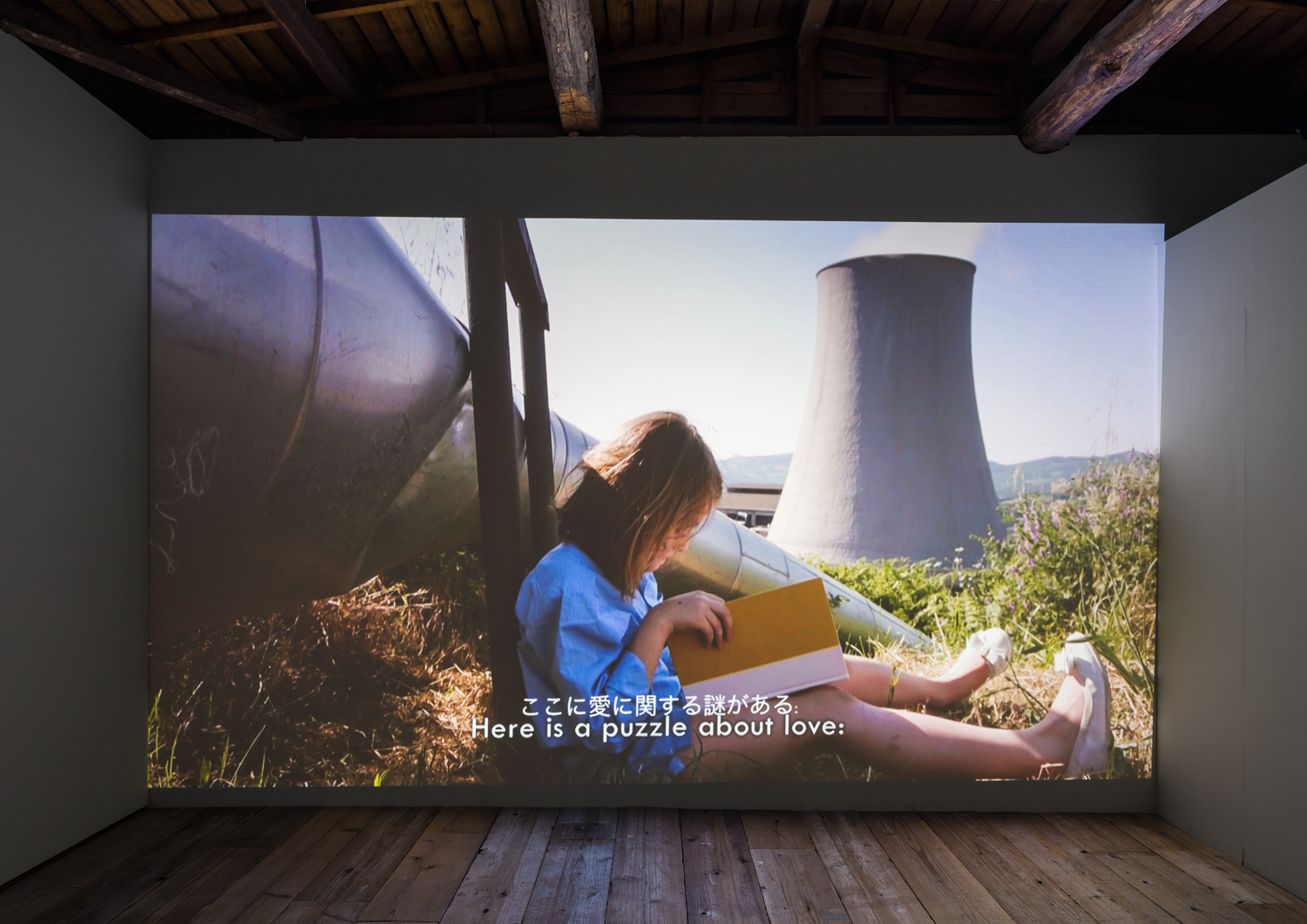 Children of Unquiet (2014) by Mikhail Karikis. Installation view at “The Third Entity,” Asakusa, 2015. Courtesy the artist and Asakusa, Tokyo. Photo by Ippei Shinzawa

Moving then upstairs to the darkened loft, the audience encounters the video work by Mikhail Karikis’ Children of Unquiet (2014), streamed on the magnificent wall-sized screen. Within the enclosed theater-like space, we are able to sit for a while and ponder the imagery of the first geothermal power station ever built (1911), located in The Devil’s Valley in Tuscany. While this was a valuable source of green energy, due to rapid technological growth, the power station has long been in disuse, leaving behind the homes and memories of nearly 5,000 workers. This serves as the uncanny play place for colorfully dressed, abounding children that bring the empty scenes to life. The work opens with intensified sounds and visuals of abandonment and nature in the area, juxtaposed between children narrating Negri & Hardt’s Commonwealth (2011), a text that combines bio-politics with the notion of human love. The child readers’ voices and echoes progress steadily through quickening sounds and movements reaching a climax in orchestrated rhythm. It is at this momentous point when the children gather and stand in harmonized singing that grows louder, absorbing both the sounds of nature and the constant buzzing of machines. Considering this as part of the exhibit as a whole, we move from the realities of labor in documentary filming, to thought-provoking plays on consumption, and finally to a human-centered approach that encapsulates our memory and what the future holds for generations today. 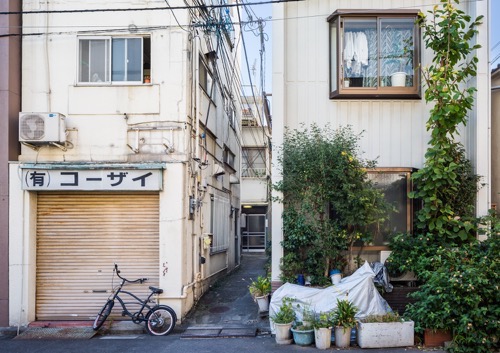 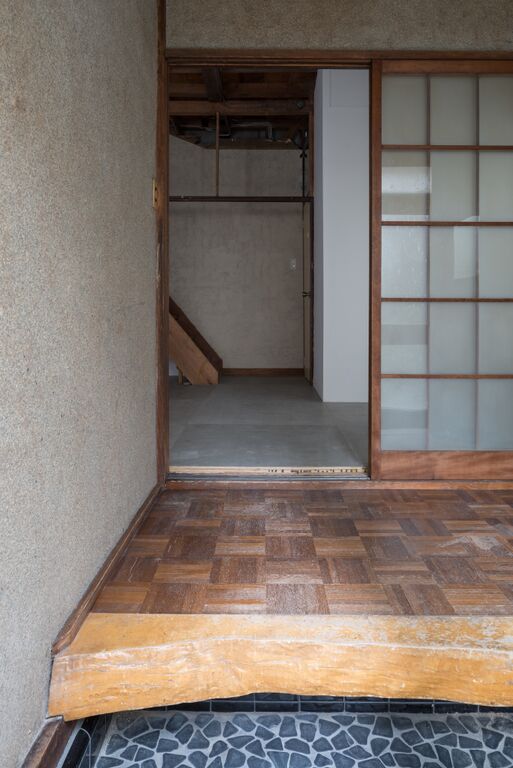 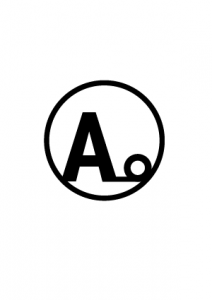 Where Do We Find Community Today?

With these three works ranging in location, time, and style, it allows us access to a wider outlook on the post-industrialist world. The problems of labor are recalled in Atsugi’s documentary, where this history becomes the catalyst for contemporary artists such as Zamora and Karikis. They broaden the question to today’s high-tech society where the physicality of “communities” is dwindling. We must then question what constitutes a community today. What form could this possibly take and how are we to solve social issues without tangible groups? For its opening exhibition, Asakusa boldly puts forth these thought provoking questions within its compact, yet far-reaching space.With Asakusa’s inspiration drawn from Graham Harman’s “third table,” the “third entity” alludes to an unseen “community,” bringing to question its existence in this day and age.