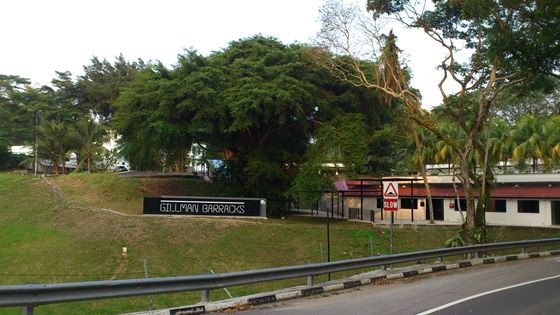 Name board of Gillman Barracks

Formerly a military barracks built and used by the colonial English, Gillman Barracks opened on September 14, 2012, after a $10-million refurbishment to convert the location into a cultural attraction. Gillman Barracks was jointly developed by several government agencies and is meant to strengthen Singapore’s position in the international arts scene as an Asian arts hub.

The venue is just off the main Alexandra road, a ten-minute walk from Labrador Park MRT station and curiously located in the heart of a science and business industrial area.

But turn into 9 Lock Road and you’ll see why Gillman Barracks makes an ideal site for art – the ex-military establishment is made up of a number of blocks connected by long, rolling asphalt roads, framed by lush greenery and backed against a towering jungle backdrop. The style is colonial, functional but elegant. Quiet even on a Saturday afternoon, Gillman Barrack’s spaciousness and laidback vibe makes it the perfect place to ponder art. 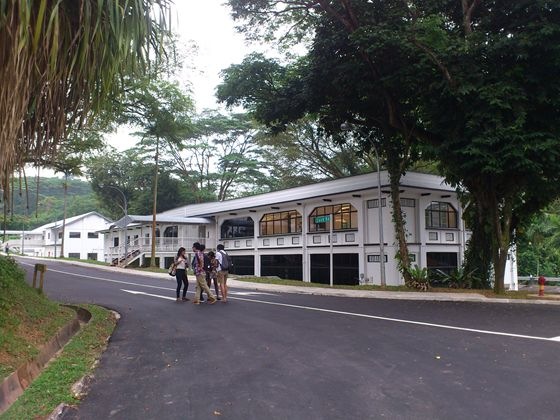 Walking to the gallery space. 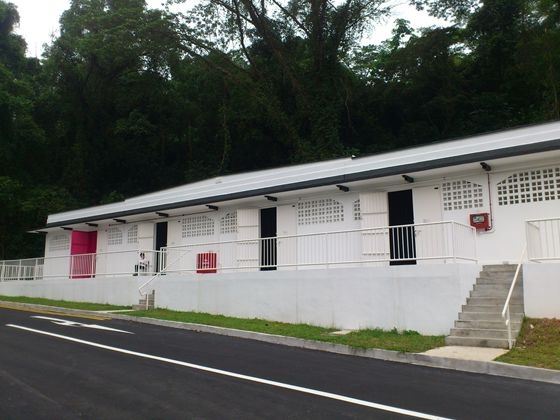 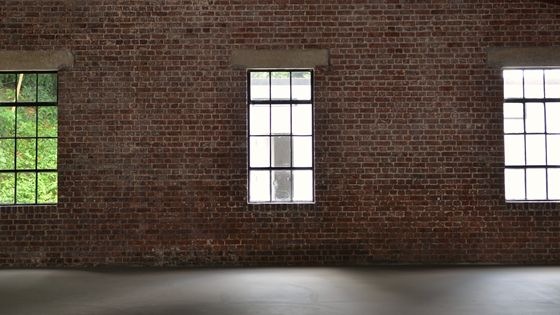 Inside of Gilman Barracks. (Photo from Singapore Economic Development Board)

Plenty of room for installation pieces

13 established galleries from 10 different countries have made Gillman Barracks their Singapore home, including Japan’s Tomio Koyama Gallery, Ota Fine Arts and Mizuma Gallery, with Takashi Murakami’s Kaikai Kiki gallery to make a splash when it opens in January 2013.

The venue also has plenty of room for installation pieces. At least two separate blocks were earmarked for this purpose with Yayoi Kusama’s Pumpkin inhabiting an entire air-conditioned room on its own. 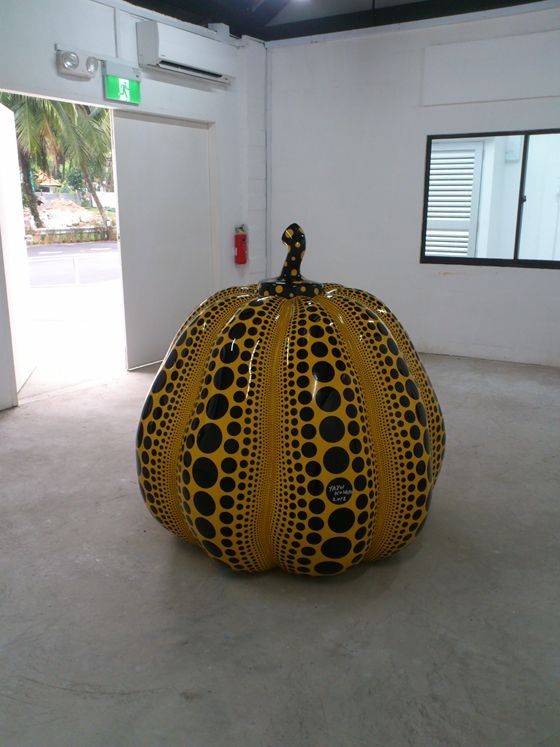 Another notable installation was Kishio Suga’s “Emptied Space”. With a concrete platform put together for the work to stand on, the stone-and-wire mesh art piece simultaneously stands out from and blends into its surroundings. The viewer looks at it and also through it for a clear view of the running track belonging to the teachers training centre called Academy of Singapore Teachers just next to Gillman Barracks. 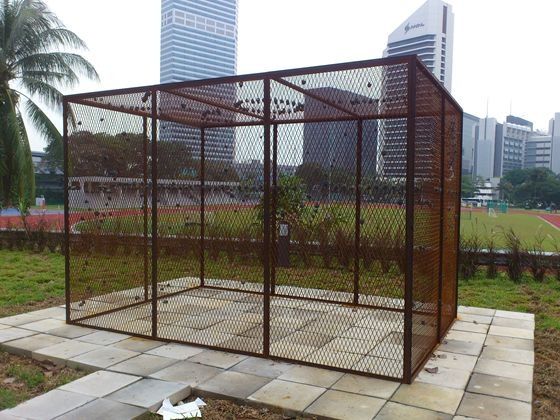 More interesting perhaps are the artists whose works Tomio Koyama and Ota Fine Arts have brought in for the inaugural exhibitions at their new Singapore branches, both located in a block at the deepest end of the Gillman Barracks.

Tomio Koyama gallery has chosen a collection to ease its way into the arts scene in Singapore, with an exhibition showcasing the art of Masahiko Kuwahara, Yoshitomo Nara and Hiroshi Sugito, at its first overseas branch. 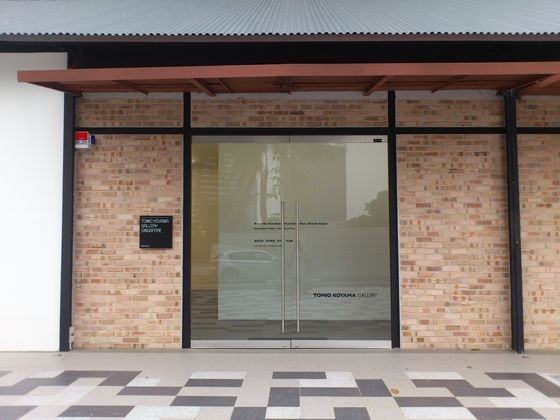 Stepping into Tomio Koyama’s brightly lit gallery at Gillman Barracks, the visitor is immediately greeted by a large portrait. Yoshitomo Nara’s Miss Highland returns the visitor’s astonished gaze with her own unfathomable one – it is hard to tell if the girl in the painting is calm or contemptuous. 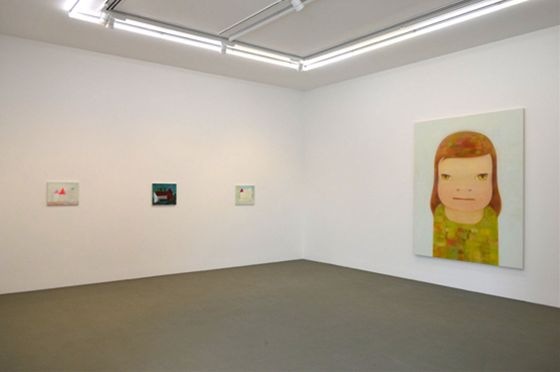 And this sets the tone for the rest of the exhibition. The gentle, soothing tones of Kuwahara’s paintings like Candy Box, After That or View, seem to depict idyllic, almost childish fantasy worlds. But the loneliness and absurdity of the yellow duck sitting on a shelf in Candy Box , and the mesmerising blueness of the sky in View, leaves the observer unsettled. Kuwahara’s paintings aim to capture the sense of alienation prevalent in contemporary society, and has done so again this time. 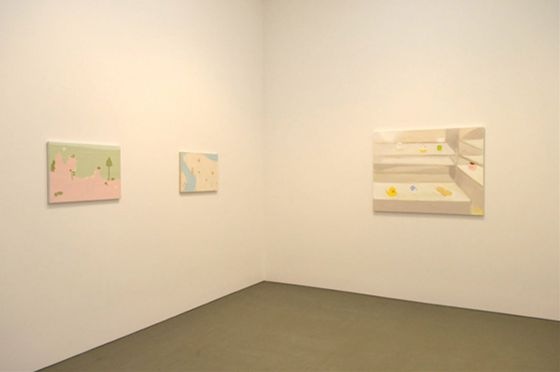 Hiroshi Sugito rounds up the trinity of artists, with his trademark abstractions. If Yoshitomo Nara’s imagined characters in his paintings alarm us with their ambiguous stares and violent innocence, Sugito’s paintings, straddling reality and abstraction, are alarming for the lack of recognisable characters. They could as easily be post-apocalyptic scenes as pictures of early civilisation, as seen in stars and moon and Sailor. 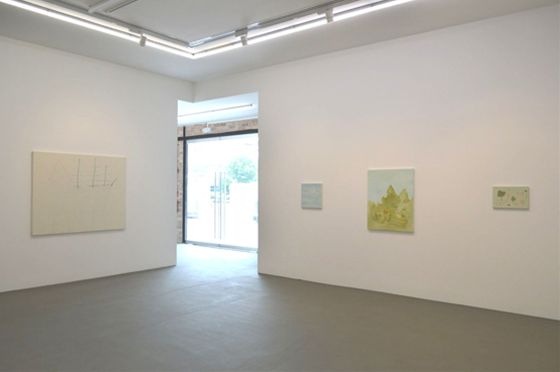 On the other hand, Ota Fine Arts has chosen to dangle the draw of a big name artist in Yayoi Kusama. The gallery brought in Pumpkin as well as exhibiting Kusama’s latest series Metallic. 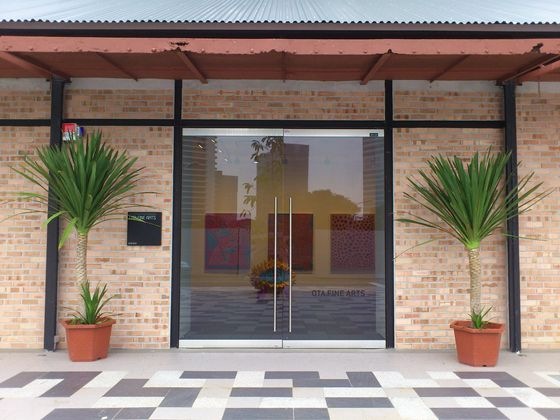 And they have struck gold with the Metallic, a series of paintings featuring Kusama’s usual explosive style, this time on large metallic coloured boards as her canvas. Though her brush strokes seem planned and well thought out from afar, coming together to form cohesive patterns that remind one of Australian aboriginal art, a closer inspection forces one to abandon the notion. Kusama paints with vigour, and the haphazard and chaotic brush strokes suggest an untameable vortex of energy that can only refer to the artist herself. 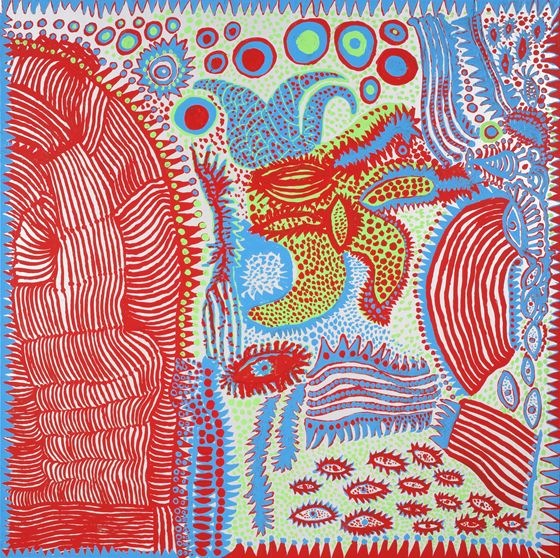 Having just passed the one-month mark, Gillman Barracks has yet to prove it will draw the kind of well-heeled, high-culture traffic Singapore is targeting. But with other big galleries already signed up for this arty party, like Sundaram Tagore, and more to come, it would be wise to watch this space! 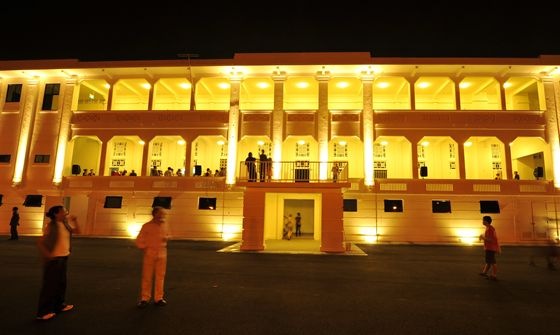 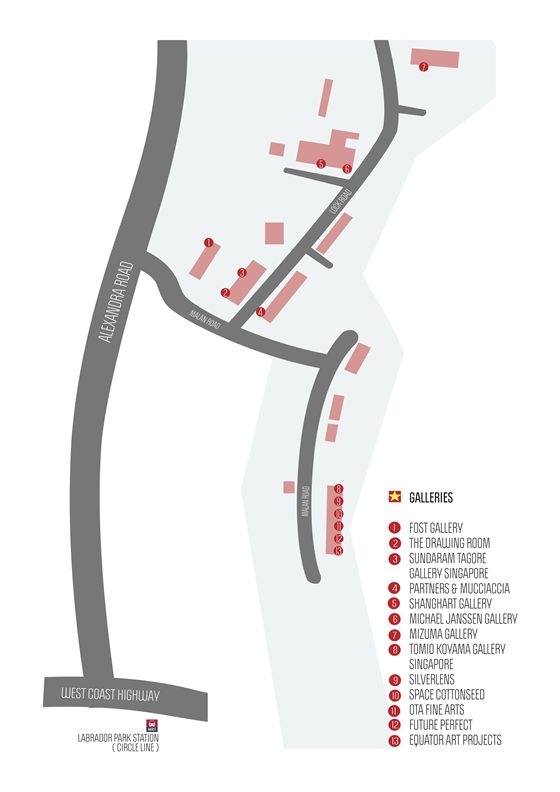