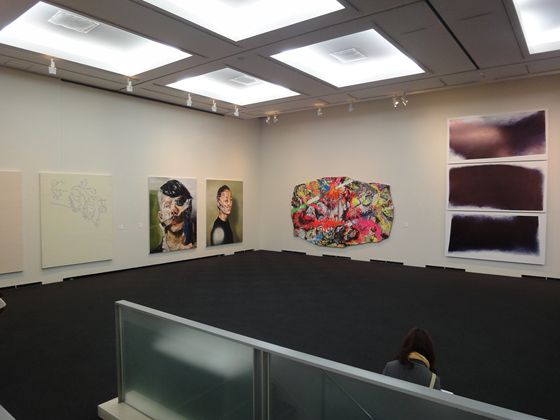 If you are interested in new talent, VOCA is one of the exhibition not to miss in Japan. It is organized by Japanese curators and critics, each of them push in one artist for this VOCA show which stands for the Vision Of Contemporary Art.

By the 35 curators and critics, 34 artists’ works were nominated and exhibited at the show and several of them got awarded. This year, Seia Suzuki (pic below) was awarded for the VOCA prize. Let me show you some works including his work. 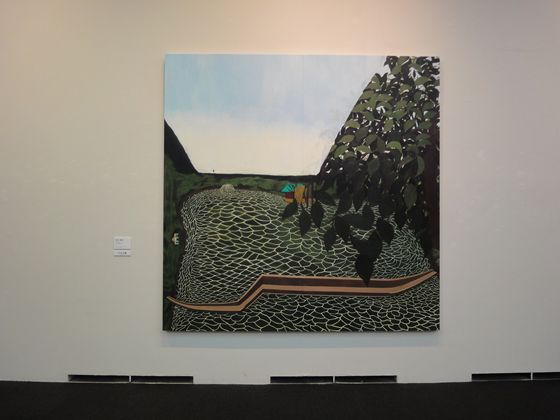 Seia Suzuki was recommended by an art journalist Satoru Nagoya. Nagoya commented about the work as below.
“The image looks like a tree but is not a tree. The form that looks like a road is a band of gray. Suzuki’s paintings give us a vivid, renewed awareness of a basic principle of modern and contemporary painting, the face that even a figurative painting is an arrangement of colors and forms on the canvas.”

Let me add that although the title contains the number 11_03 which reminds us of the tragedy of last year’s earthquake, the painting is not connected with it. 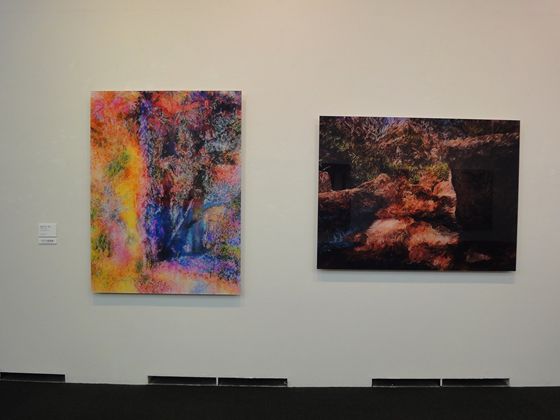 Artist photographed a view of nature and digitally manipulated like a painting. Art works is lamda printed and framed with acrylic like a photograph. 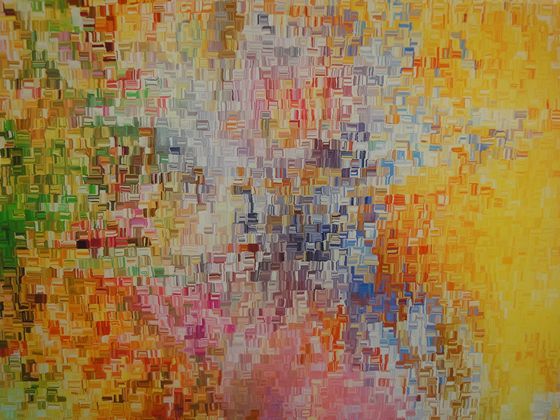 Detail of the left of “Untitled (adaption)” by Koichiro Takesue. Consists of tiny square pieces. 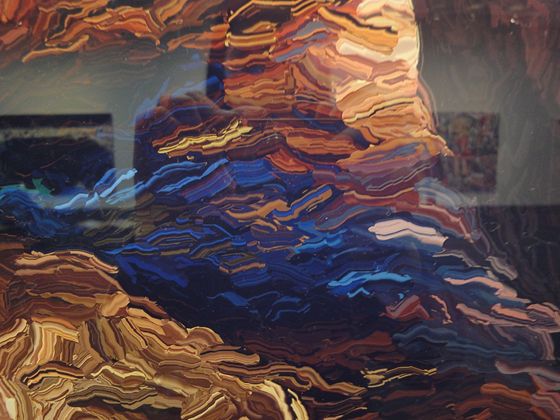 Detail of the right of “Untitled (adaption)” by Koichiro Takesue. Looks like painted by a brush. 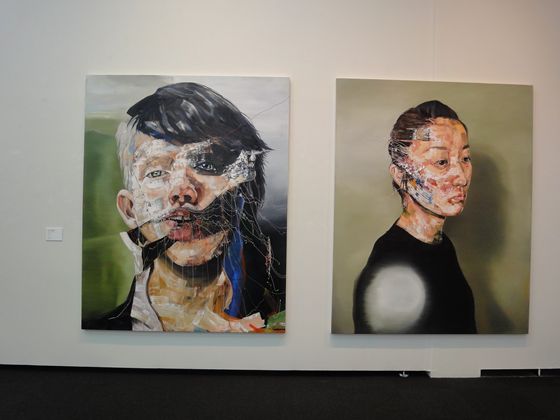 “Period” (left) and “Phase” (right) both by Marefumi Komura.

Two large paintings of human faces. Looks like as if the surface was scratched or collapsing. 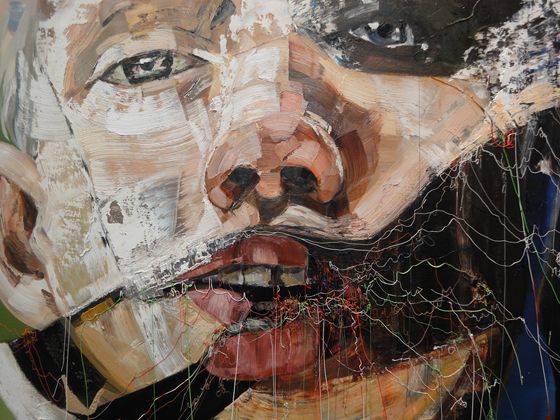 Detail of “Period” by Maefumi Komura. Lips are collapsing. 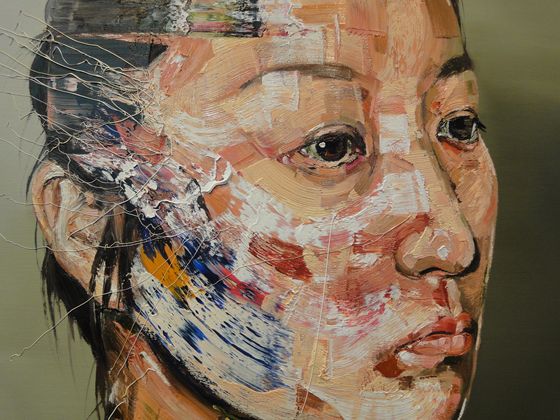 Detail of “Period” by Maefumi Komura. Looks as if blue or white color revealed under her skin. 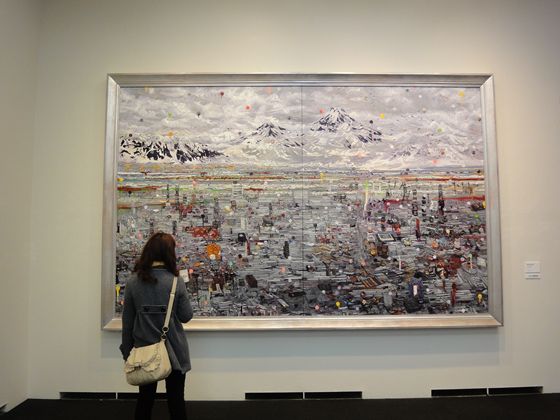 He started to draw this painting for his friend who lost his mother and some of the motifs are related with her. But as he started to paint, memory of his own mother or his wife who gave a birth and has become a mother is mixed up in the end. 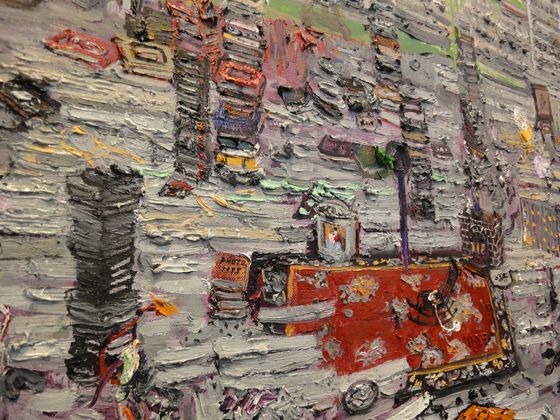 Detail of “Study of mom” by Toru Kuwakubo, awarded VOCA Encouragement Prize. Many books were painted in his work on the rough surface.
voca_024.JPG 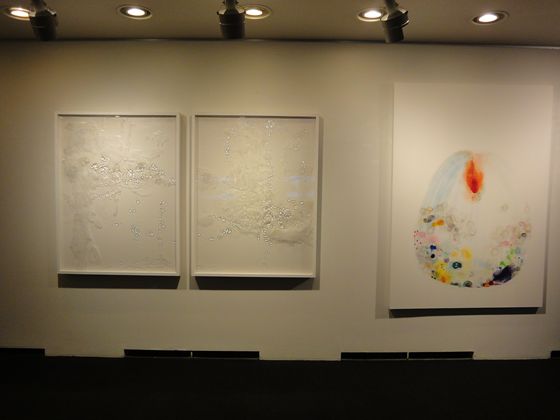 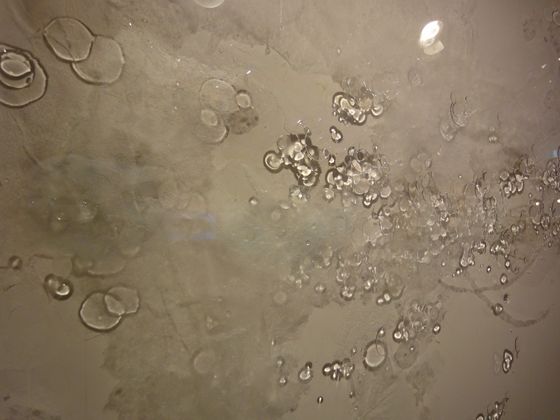 Detail of “Overflowing Time” by Miyuki Takenaka. Transparent resin cast a shadow on the white frame behind. She uses accidental phenomena to create a work.
voca_028.JPG 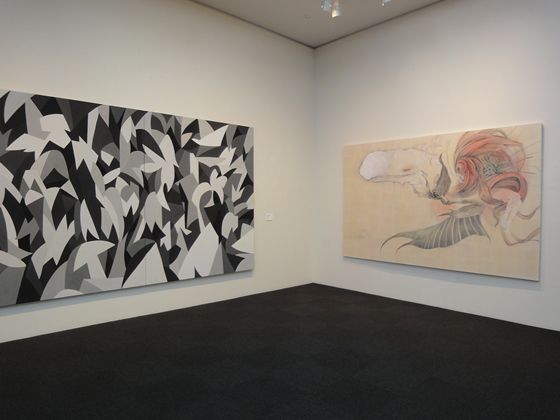 “He, She, You, I”(left) by Teppei Soutome and “Vainly Telling a Lie” by Yuri Takahashi. Two different types of large paintings.
voca_031.JPG 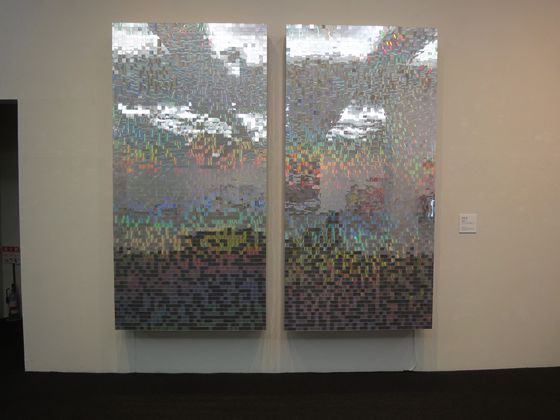 “Sound Device No.1″ by Sho Yoshihama. Cut CD discs are placed together as a large mirror. As it is in the title, this artwork makes a sound. Unfortunately, I could not hear it at that time. 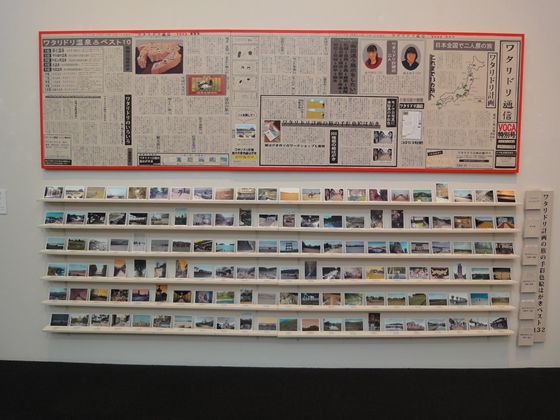 Wataridori Keikaku means “migrating bird plan”. As a migrating bird flies for a warm place, the artists Aso and Takeuchi seek for an exhibition space anywhere in Japan. And for this time, it was at VOCA. When the site is decided they visit the place for research an show their paintings as it is shown in the picture above. 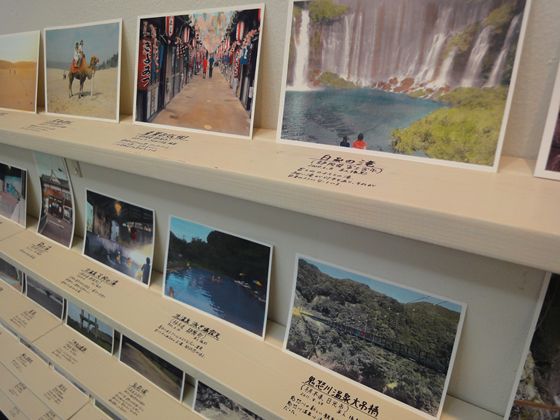 Close up look of the postcards. They took the black and white photos during their trip and colored them later. Artists covertly pictured in themselves in the photos. Can you find them?

VOCA is an exhibition for emerging artists whose work is “flat” and it requires the size to be within 13ft x? 8ft x 8in (4m x 2.5m x 20cm). However, as you can see in the works above, expression in art has become diverse and it is getting difficult to put a line between what is “flat” artwork and what is not. Moreover, there is no meaning for this question.Great to see how young talents are trying to push forward the realm of expression in this exhibition.