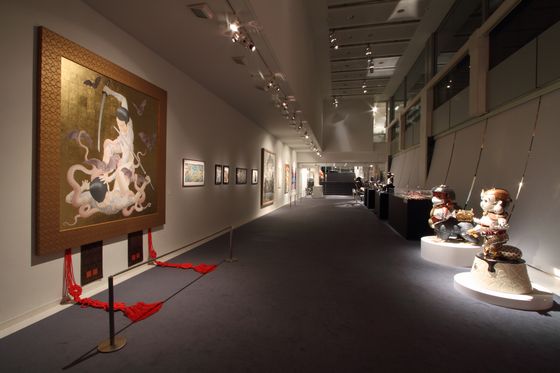 Exhibition “BASARA” was held in Tokyo, curated by the Japanese contemporary artist Hisashi Tenmyoya. Tenmyoya is an artist who revives the traditional Japanese painting in an contemporary style named “neo-Japanese art”. His artwork in on the left side of the image above, one man pointing his sword to the other man.

This exhibition is focusing on the Japanese art and trying to rebuild its history by connecting the Japanese culture in our time and the traditional one. 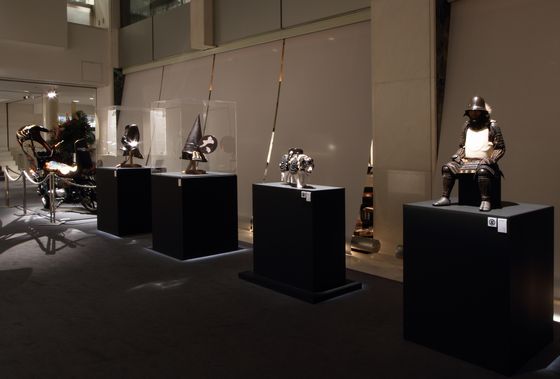 “BASARA” is a word that expresses the climate ignoring their own rank of status and slighting to the authority, also the aesthetic consciousness preferring to wear gauderies and spending too much money. This climate happened in the beginning of 14th century in Japan and led the “Gegoku-jyo” movement, which is era of “the low overcomes the high”. 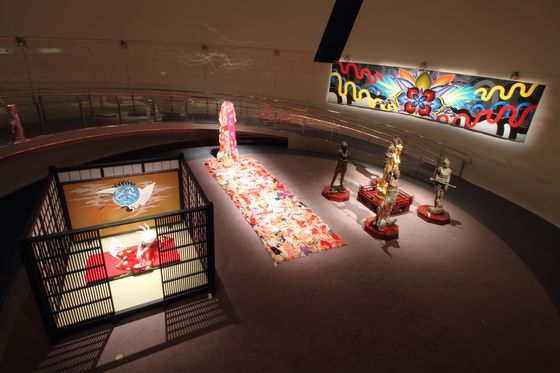 Tenmyoya positioned this exhibition “BASARA” on the opposite side of “Wabi”, “Sabi”, “Zen” or “Otaku” which is usually seen as a stereotype of Japanese art and trying to create a movement to go back and forth between these perception of Japanese art. These is not only one concept to describe Japanese art. 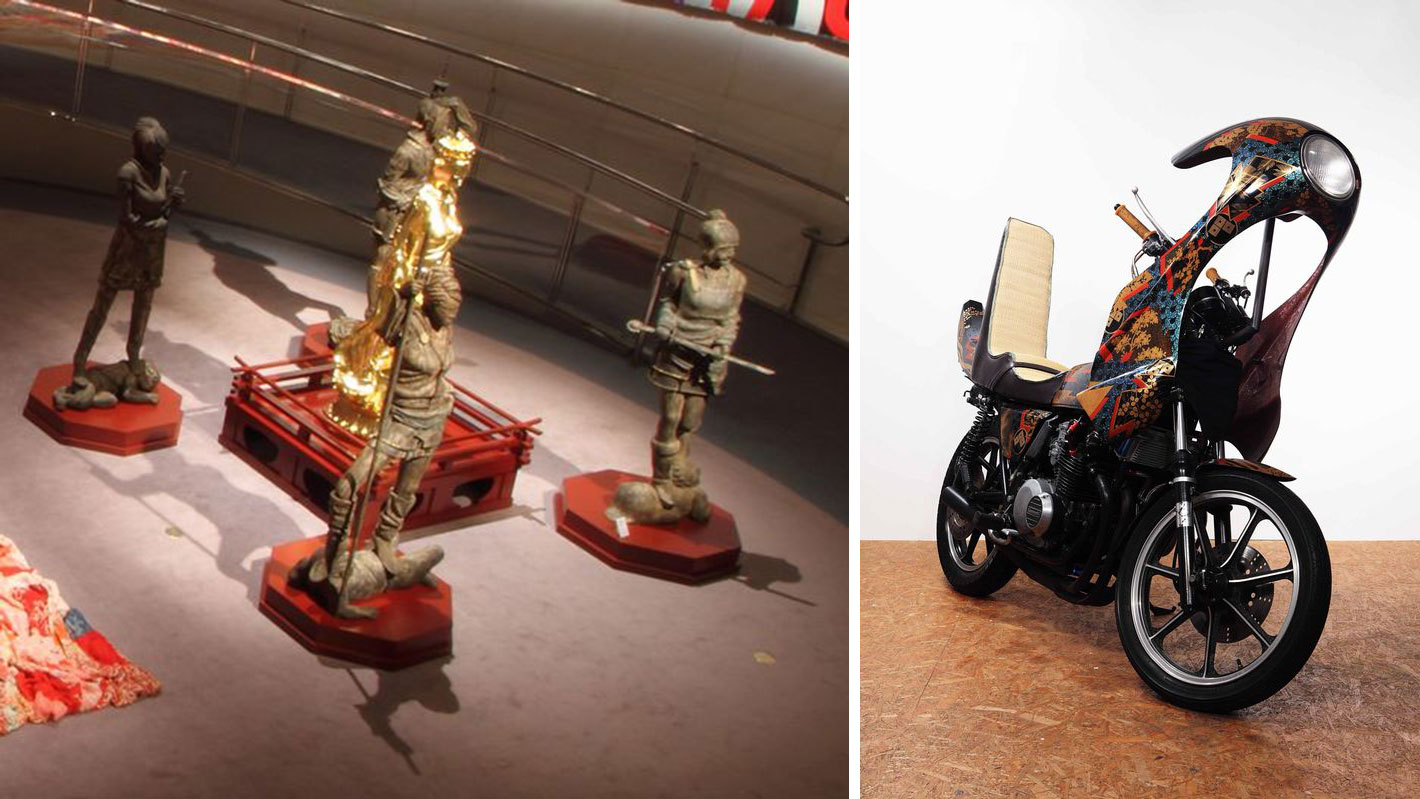 In the exhibition, I personally like the “Four Heavenly King Models” created by Jun Matsuyama and “Time★Machine, rice burner” by Yasutaka Nakajima. Four Heavenly kings are traditional four guardian gods, each of whom watches over one cardinal direction of the world. Usually they are masculine and manly large statues. Matsuyama replace the men into young ladies posing like a model. It was very interesting that the way how models pose are very similar to the original statues doe although they are all glamorous and sexy models. “Time★Machine, rice burner” was beautifully decorated by traditional Japanese patterns and sheet and head light were deformed to look larger and stronger. 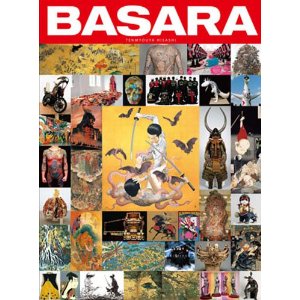 You can get this exhibition catalog on Amazon.jp. Amazon ships all over the world.
“BASARA“

This catalog is written in both Japanese and English.