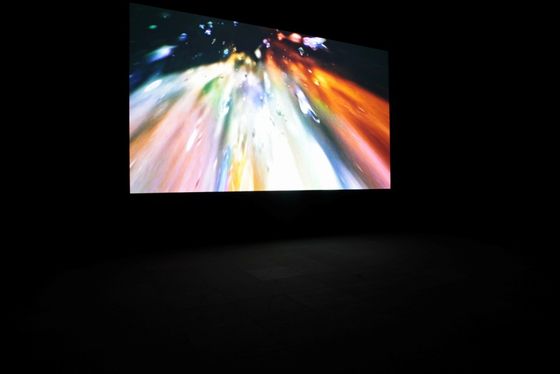 We would like to introduce the exhibition “Transformation” held at Museum of contemporary art Tokyo from Oct 29th, 2010 through Jan 30th, 2011. This exhibition included Japanese artists such as Masakatsu Takagi, Motohiko Odani, Naoki Ishikawa, Jyunya Oikawa and Sputniko!

The museum quoted about this exhibition as below;
To live is to change. We change daily as our cells regenerate and we learn new things, as times change and we encounter new environments, and as we give play to our imagination.

Under the theme “transformation,” this exhibition explores the boundary between humans and non-humans. In all ages and countries, countless images and artworks have been created on the theme of transformation. Japan, in particular, is brimming with rich images on this theme, from the legends of old to the manga and anime characters of today. So, why “transformation” now? With to the spread of the Internet, the development of the global economy, advances in technology, and so on, the traditional forms “humans” take have started to become blurred, and a diversity greater than anything seen before has begun to emerge. At this exhibition, a variety of images of things that traverse the human and non-human – including animals, machines, imaginary creatures and bodies with different genetic compositions – will be unveiled through paintings, sculptures, video, archives and symposiums. Together, the “transforming” forms presented express as a single omen our hopes, dreams and fears. 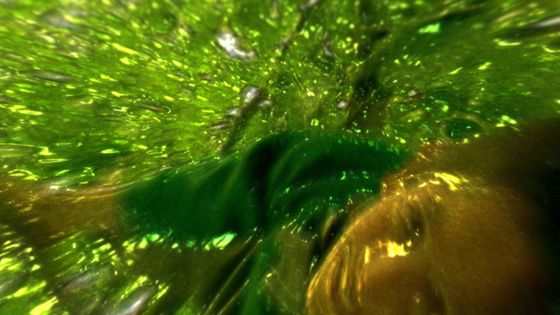 Takagi’s video (above) is like watching a painting. A painting moves from one scene to anther in a high speed. I felt like riding a roller coaster which is thrilling and brisk. The images in Ymene (2010), the work Takagi presented at this exhibition, show the world as seen through the eyes of a bird. 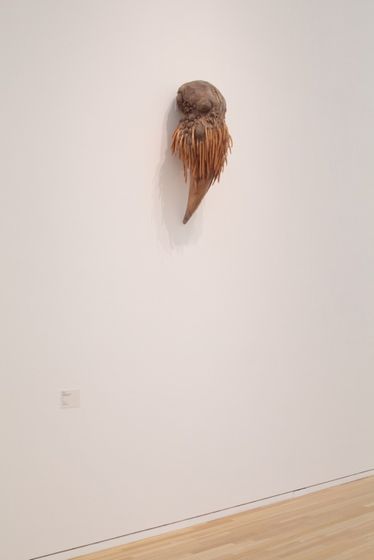 “When I go to see my doctor” by Motohiko Odani
sculpture,1994, photo by Keizo Kioku 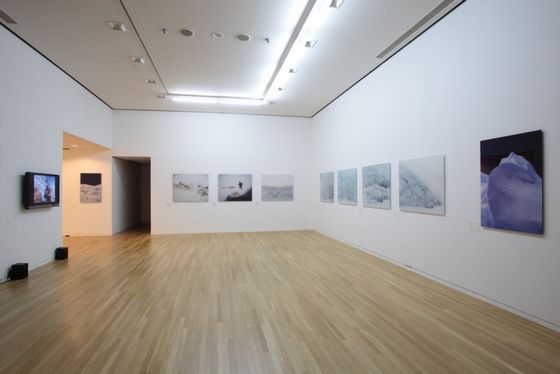 Naoki Ishikawa (above) climbed the Himalaya mountain and took pictures and recorded a video along the way. He expressed his experience that he had to “transform” his body so that to adopt his body to thin air, cold strong wind and other new environments. 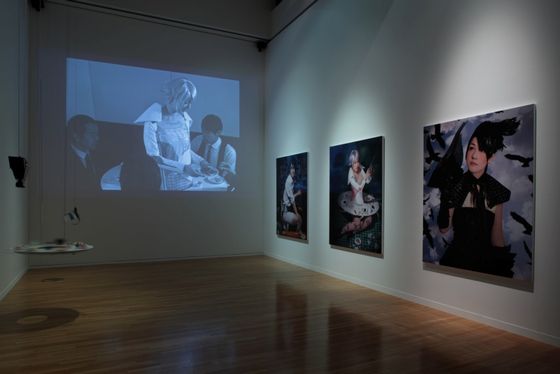 Exhibition view of the artworks by Sputniko!
photo by Keizo Kioku

The majority of Sputniko! (above) pieces are critiques of contemporary society covering a wide range of topics from pop culture to technology and feminism. Sputniko’s Menstruation Machine, Takashi’s Take (2010), which appears at this exhibition, simulates menstruation as a way to delve into the nature of gender.

Beside these Japanese artists, I would like to show some other exhibition images which were also impressive. 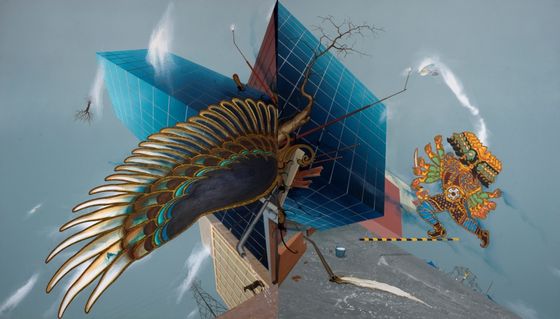 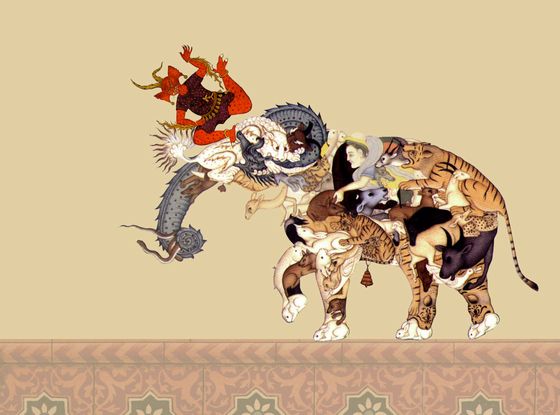 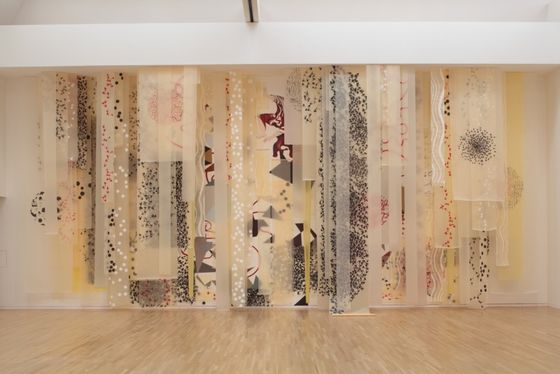 “Echo” by Shahzia Sikander, installation, 2010
Courtesy of the Artist 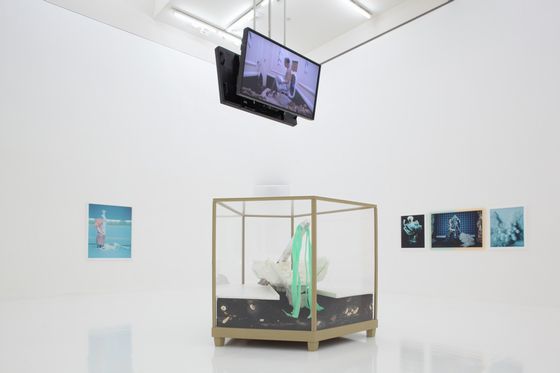 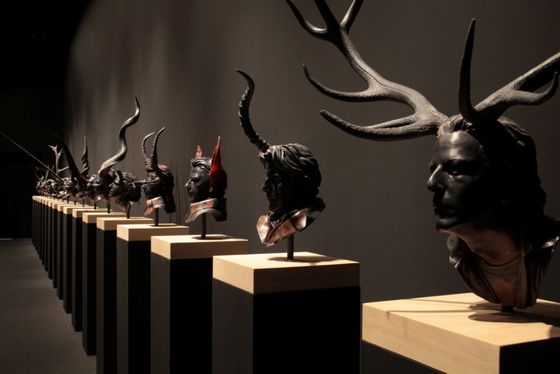