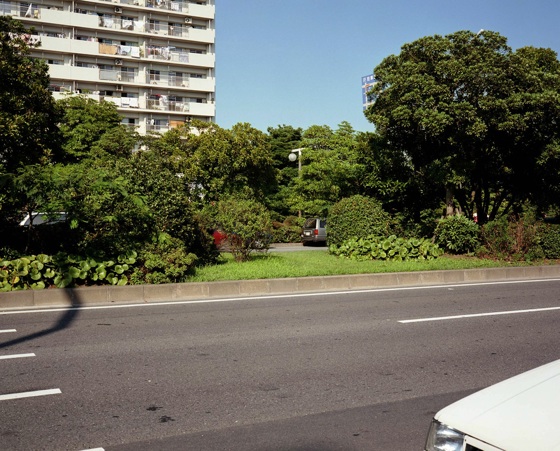 One of the most respected young photographers in Japan at the moment, Takashi Homma is extremely honest about his subjects. Highly influenced by the color photographs of William Eggleston, Homma strives to eliminate any exaggeration or dramatization, to the point of even avoiding the “right” moment for taking a particular photograph.

In his prominent series, Tokyo Suburbia (1999), he focuses his penetrating gaze on suburbia, instead of capturing the poignancy of these sterilized new towns. It is a collection of photographs he took mostly in the newly structured residential areas in and around Tokyo. A McDonald’s drive-thru, a series of cookie cutter apartments, and trash left in a parking lot typify some of the banalities in Japanese daily life. His color photographs taken in crystal clear focus give a sense of illuminating plasticity to Homma’s images. Although the content may be quintessentially quotidian, it is precisely this metaphysical emptiness that becomes the most vivid reality for him.

In spite of his ordinary subjects, Homma is quite unique in terms of his frequent passivity towards them. For example, in his New Waves (2007), Homma automatically depresses the shutter button over and over again in conjunction with the movement of waves on the coast of Hawaii. Waves are new in the sense of their unique forms, and they provide endless opportunities to take photographs for Homma. Although it is highly impersonal in subject matter, an extremely intimate relationship develops between the photographer and the rhythm of waves against the neutral backdrop.

Homma’s experiment with photography does not rely on any trickery or shock value for the audience because he is not inclined to employ any jargon in his visual language—but only a hint of humor. On the premise that Homma recognizes “reality” as a nebulous, loaded term in photography, the images he captures make a strong case for the old adage that what you see is what you get, and in his case, honesty is the best policy in producing the best photographs. 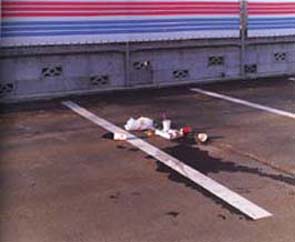 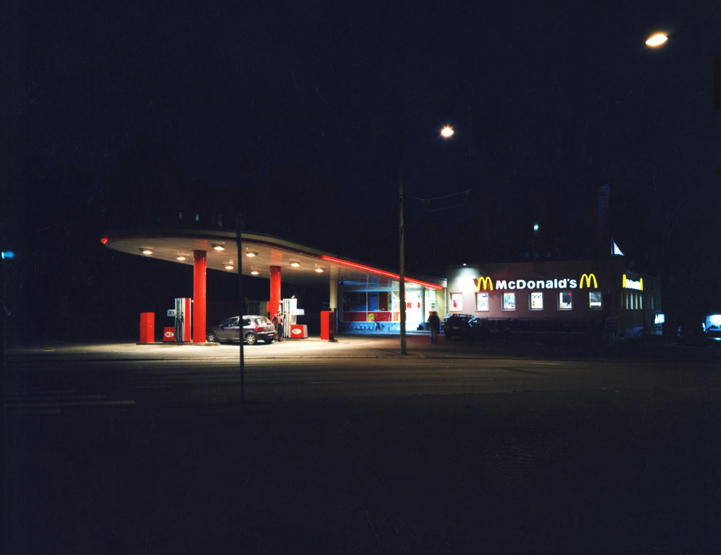 Yuko is currently enrolled in a PhD program in Art History, specializing in the history of photography. She had moved to the US in 1999, migrating northward from Florida to Washington D.C., and, NYC. Now she is conducting her dissertation research on Provoke in Japan. Her primary interest is thinking about how to unapologetically justify being a student for about a decade.