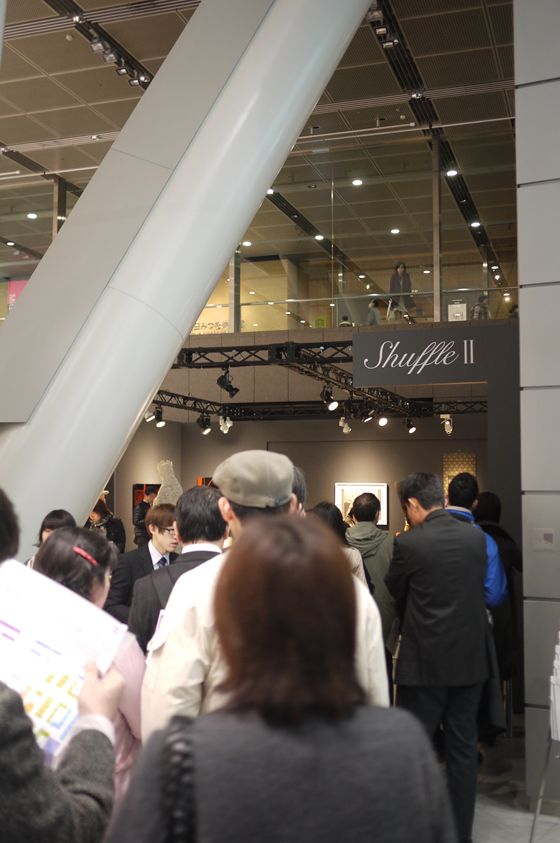 The long queue behind the “Shuffle II” exhibition space

When you contemplate Japanese art, what do you see? The comical characters of Murakami and Nara? The dots of Kusama? Or the temples and sculptures in Kyoto? All of the above assumptions are true, but each is still insufficient to cover the full scope of the “Japanese art”. At the “Shuffle II” exhibit, Mr. Yuji Yamashita has conjoined and arranged antique/contemporary arts with historical antiques, many different generations in the history of art, under the label “Japanese art”. 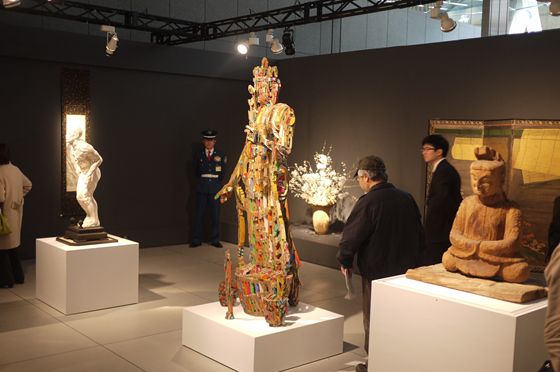 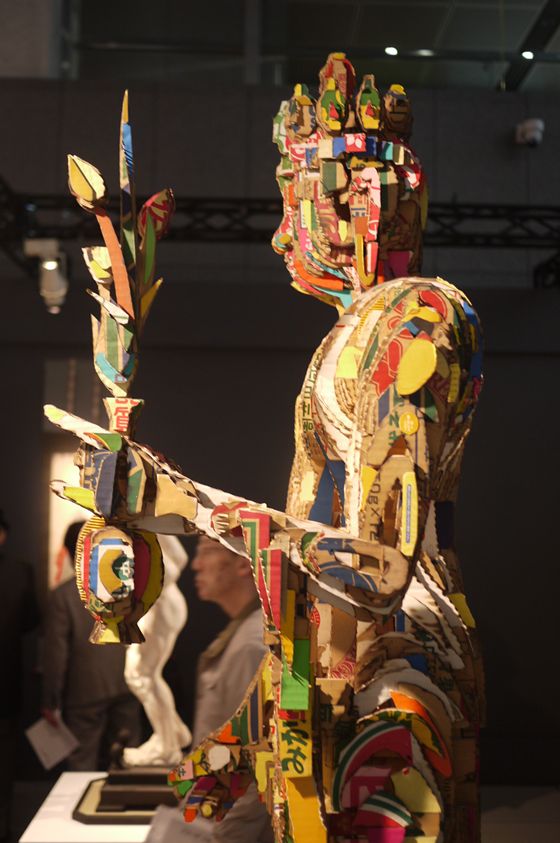 lose up of the Buddha in carboard, “BUTSU” by Yuji Honbori from one of Azito’s partner gallery NANZUKA.

When we entered the booth, we saw in the dimly lit space, that there are 3 sculptures. In the foreground, you will find a wooden sculpture that is an important cultural property of the country, directly behind it a statue of Buddha crafted in cardboard, and finally a modern wooden sculpture that was crafted based on peoples’ belief in religion. When inspected carefully, we could witness characters such as “mandarins” on the cardboard Buddha, providing a sense of familiarity. 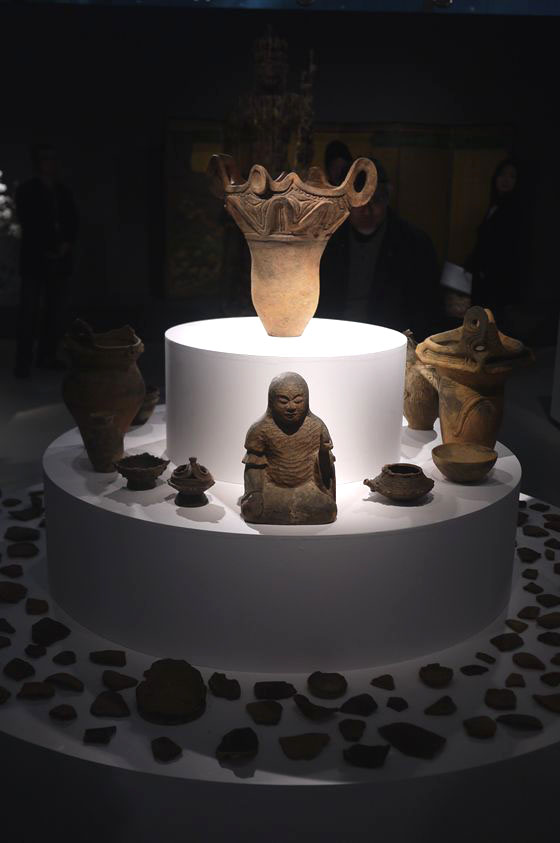 In the center of the space, clay pots from the Jomon period are displayed in a fashion similar to a natural spring that seems to speak of the derivation and evolution of the roots and future of Japanese arts. 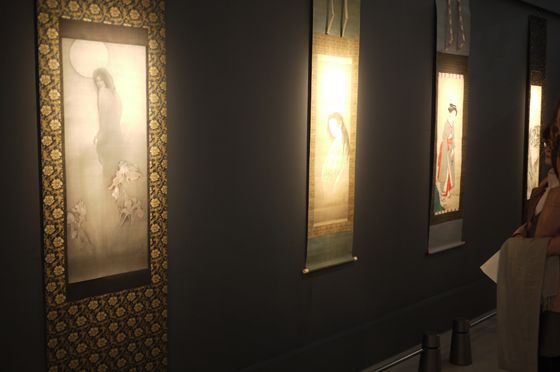 In a different section, we found in sequence, ink paintings of ghosts from both the Edo period and modern times. The works exhibited a coherent sense of dynamism, beauty, and aesthetic consciousness of Japanese artists. 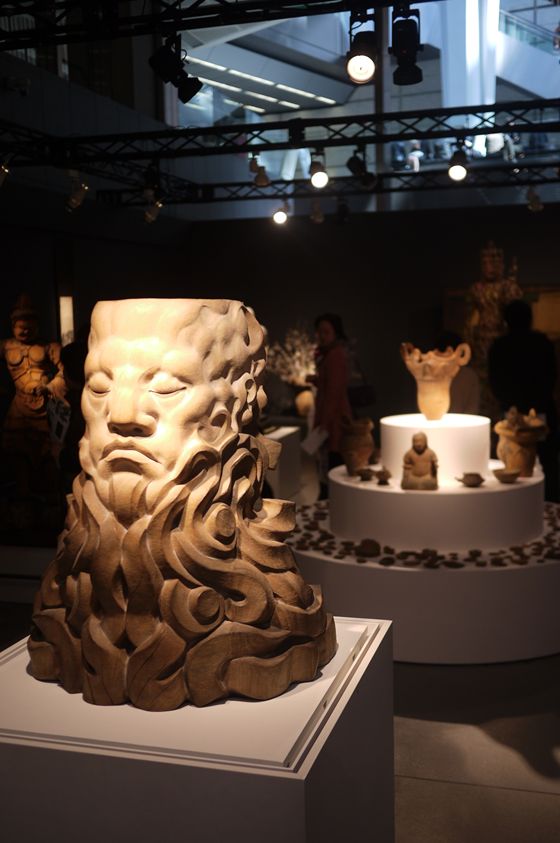 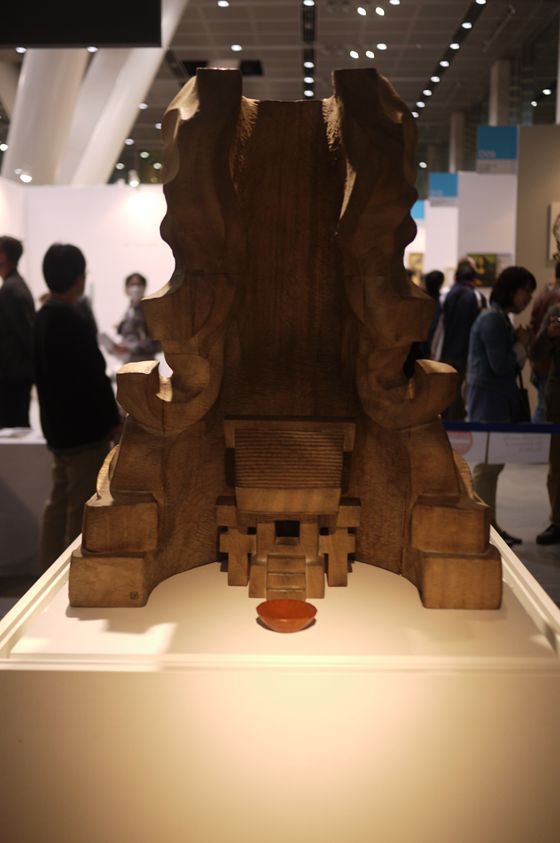 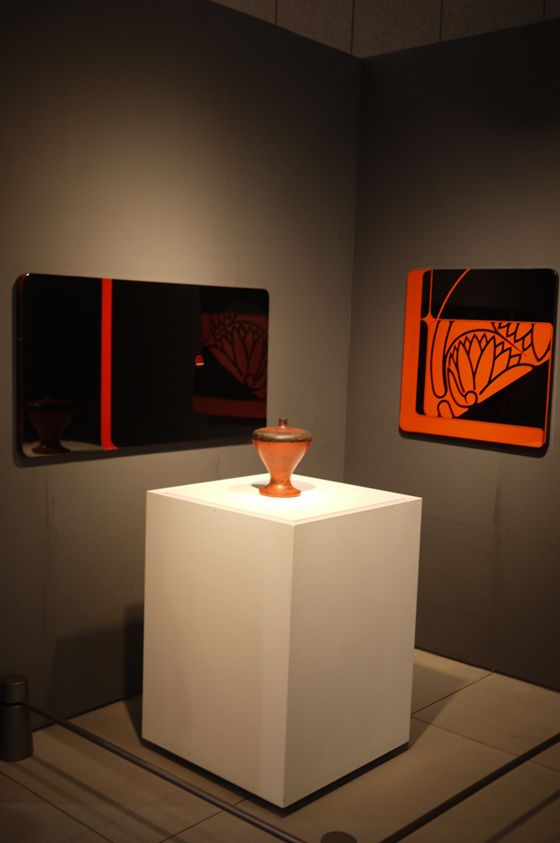 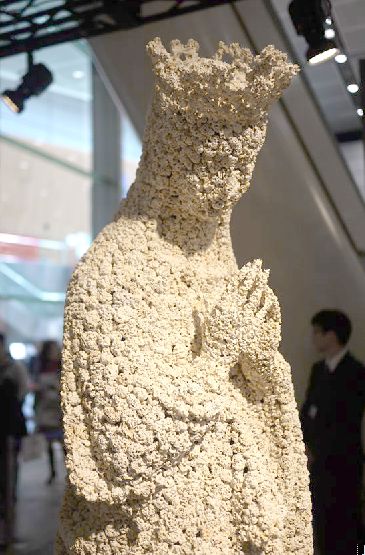 Sculpture titled “coma” by Junichi Mori. which is made of lithothamnium.

The shuffle exhibition, curated for the 2nd time (the 1st one was held at Shirokane gallery complex in 2011 and was quite successful.), is a bound of clues that display a new perspective of the Japanese art scene. 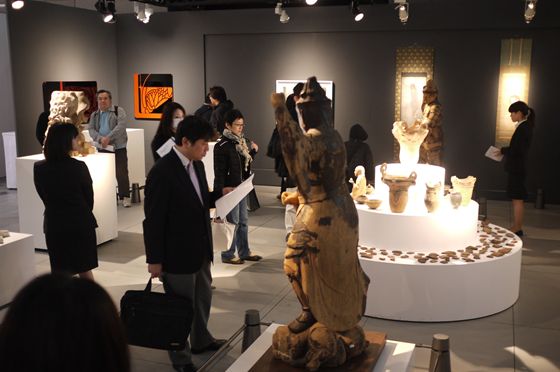 Full image of the booth.

In the interview with the curator Mr. Yuji Yamashita by CINRA.net, (sorry, only in Japanese), he had stated that this is not a mixture of ages, but is the collision of works of several generations. As he explained, the works in this exhibit seemed to be competing with each other, but at the same, share something in common. This exhibition allows us to understand modern art work better through simultaneous display of the modern and historical.

We could discover that the works, though crafted in different time periods, share similarities in aesthetic, representing the fact that each artist shares a common heritage, but the method of expression and concept are different depending on the generation.