“dejavu” 2011 by Reika Nakayama, acrylic, pencil and pen on canvas

“Many contradictions we encounter everyday, wondering if all those things are quietly linked together in our unconscious minds. Only for a fleeting moment, we just perceive something real coming from deep inside ourselves… Thinking something like this, such contradictory concepts like, light or dark, inside or outside, conscious or unconscious, I’m looking for a way to express those two opposites at the same time.”
– Reika Nakayama 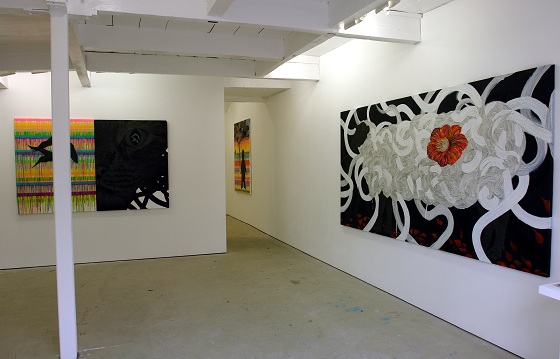 Reika Nakayama, the first prize winner of 2011 VOCA award whose aim is to discover new and emerging talent in Japan, is now holding her solo exhibition “Sleeping diary – to paradise -” at Mori Yu Gallery in Kyoto. Her eleven recent paintings are on display for the show, including five newest works which have been completed just before the exhibition opened.

We lay our eyes first on the piece titled as “dejavu” (painting on the right wall), which consists of two canvases measuring 2.6 meters (8 feet 6 inches) in width. It describes a black-faced sheep whose wool is whirling and filling up the entire canvases. The close-up shows Nakayama’s unique method of drawing numerous lines with pen or pencil over white acrylic. Those lines give volume and depth to the painting. 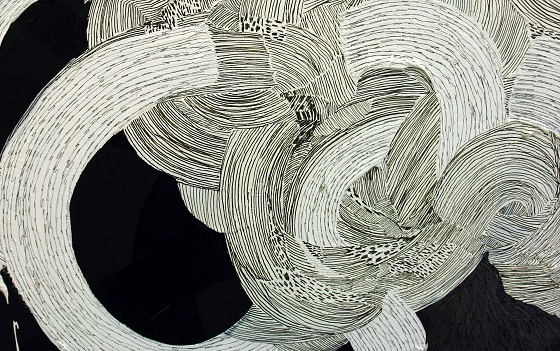 Close-up of “dejavu” 2011 by Reika Nakayama, acrylic, pencil and pen on canvas. Black thin lines are drawn on white acrylic.

And in “eye-catch”, she depicts textures of feather or fur with pencil on mat black paint. The set of two paintings left the strongest and most lasting impression on me. Several confrontations can be seen here, between colors & black-and-white, close-up view & distant view, predator & prey and abstract & figurative. These contrasts caused strong tension in this work. 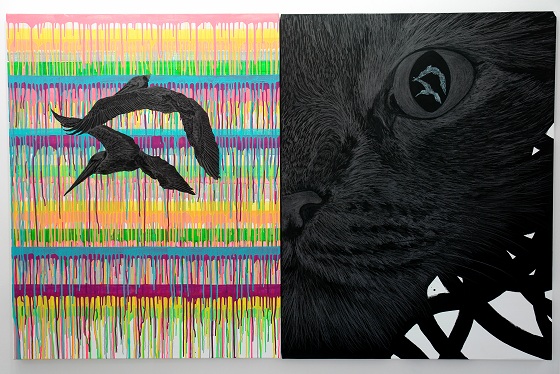 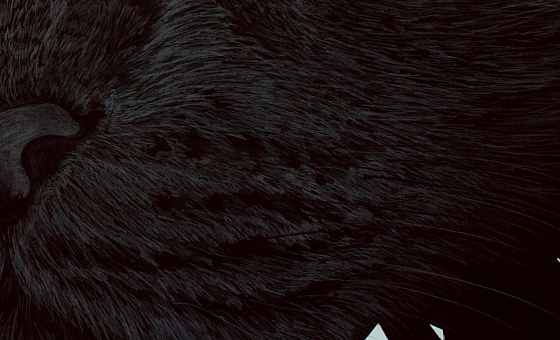 Close-up of “eye-catch” 2011-2012 by Reika Nakayama, acrylic and pencil on canvas. Texture of fur is minutely described with pencil. 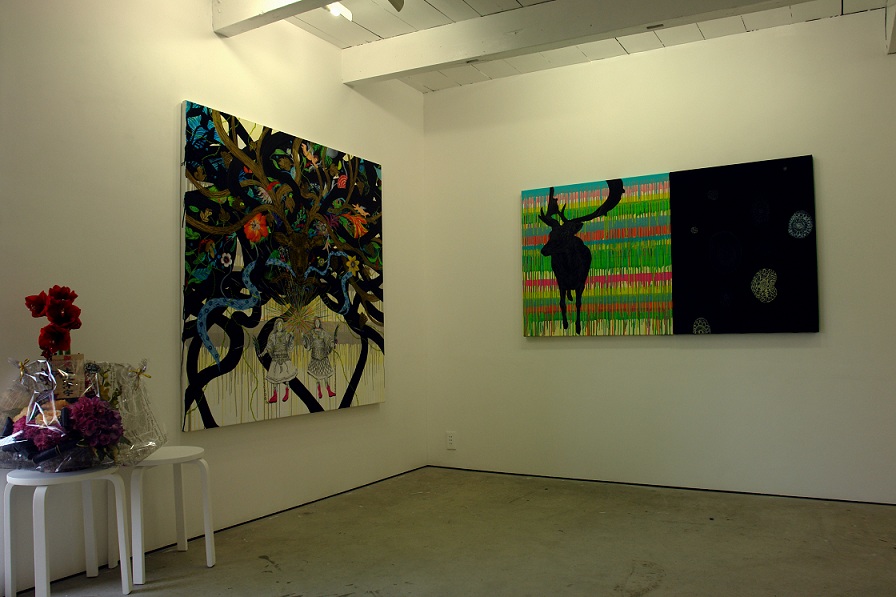 Originally specialized in oil painting, however, Nakayama has explored various styles of art such as painting, collage and three dimensional works until now. She also studied printmaking at Universidad Nacional Autónoma de México during 2005-2007. After returning from Mexico in 2008, she begun devoting herself into painting. We can see deep influence of Mexican culture in her works. Angels, brightly-colored flowers and fluttering ribbons shown in “Sleeping diary – to paradise -” are common motifs in the decoration of altars in Mexico. 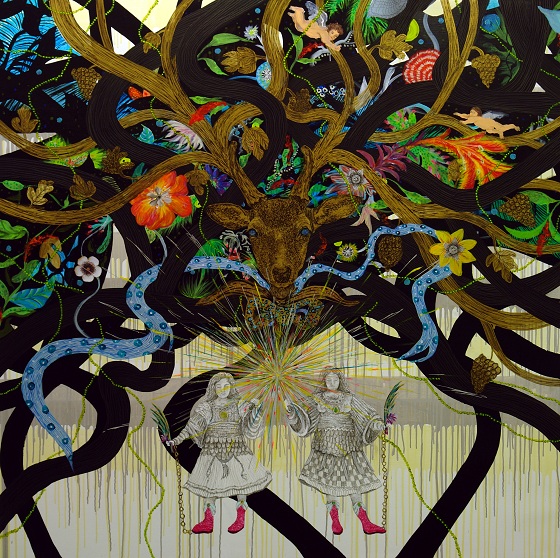 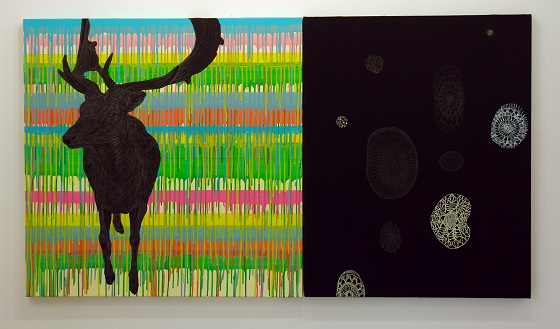 The background of multicolored vertical and horizontal lines layered on top of each other is one of the peculiarities of Reika Nakayama. She says she was inspired by the vivid colors of Mexican fabric. 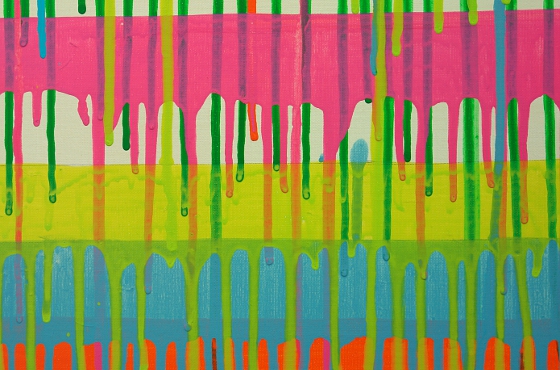 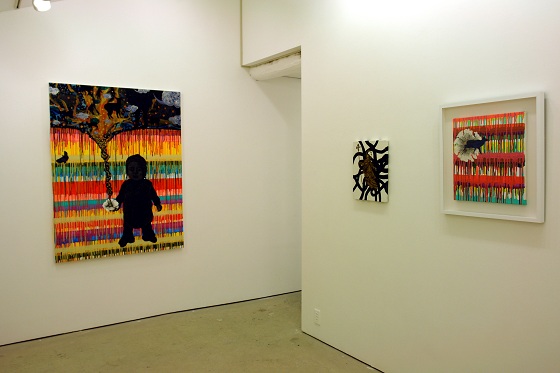 Smaller works are arranged in the next exhibition room. Small yet every piece has some kind of daydream-inducing atmosphere. This is one big reason why Nakayama’s works attract and hold viewer’s eyes firmly. Then we will unconsciously gravitate towards her vibrant dreamscapes filled with visions of paradise. 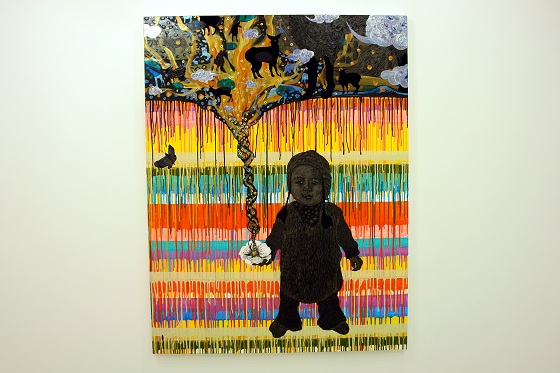 “See you in my dreams” 2011 by Reika Nakayama, acrylic and pencil on canvas 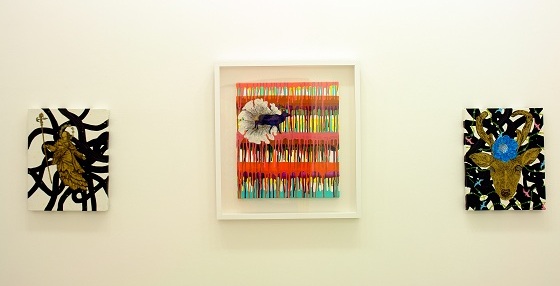 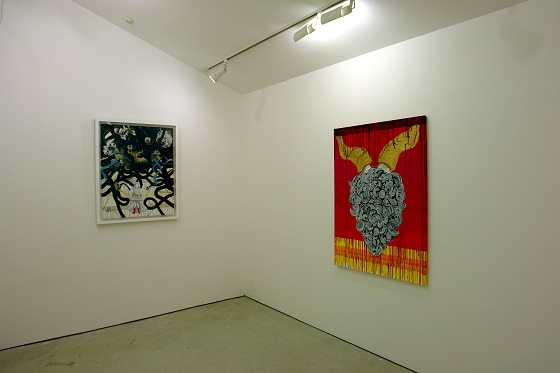 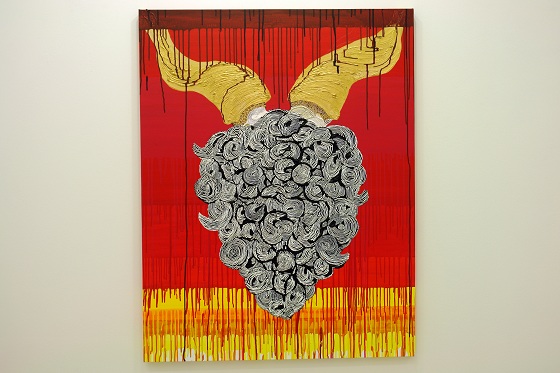 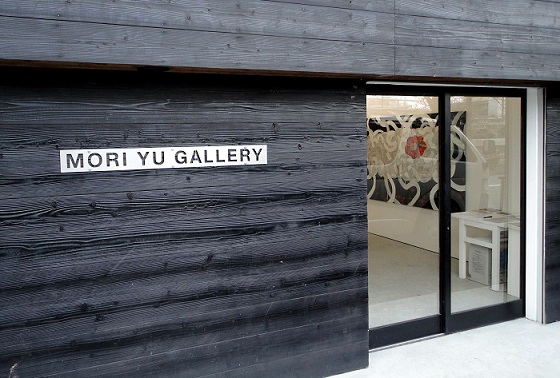 Mori Yu Gallery, located alongside Biwako-sosui canal in Okazaki, the most cultured area of Kyoto, is providing ongoing opportunities to meet noteworthy contemporary artists, both young and experienced. In 2008, they opened their second premises at Kagurazaka, Tokyo.

text and photos by Natsuki Niimi