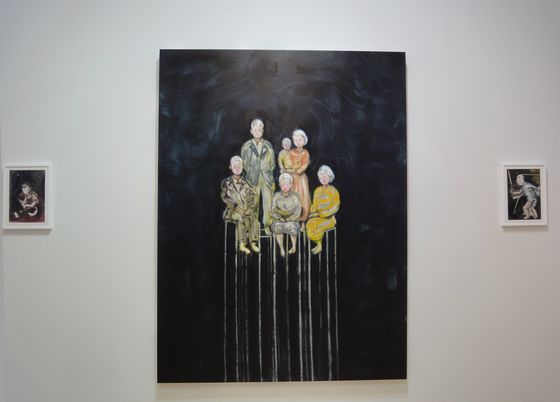 Paintings by Yasuyuki Konishi at ARATANIURANO

There is nothing better than a day spent on art-spotting on a gloomy Saturday morning. Emphasizing the fact that this day was the day of my initiation as a writer, what better is a place to start other than at G-tokyo? A place to find contemporary pieces of modern artists?
Here are the highlights. 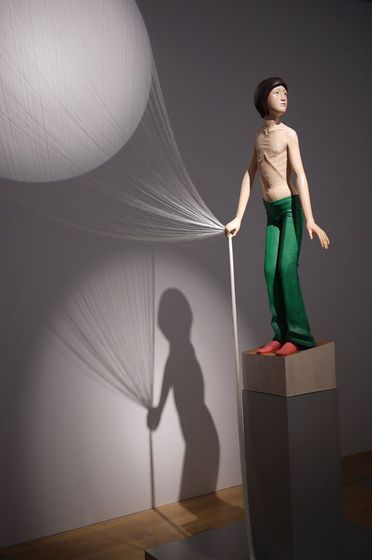 Tanada’s sculptures are created from a single timber. The white balloon is actually a light screen on a wall. The expressions of his works leave a strong impression on the viewer. 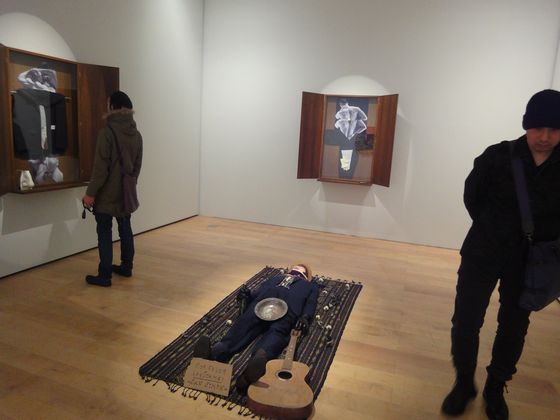 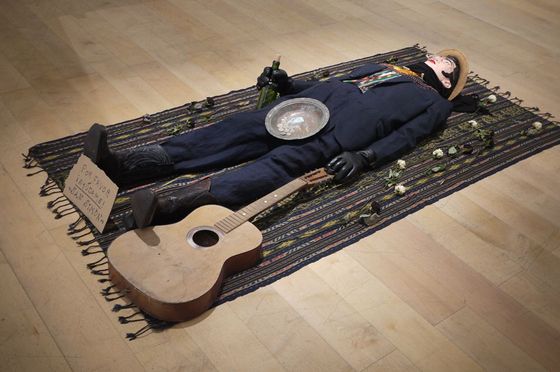 Simon Fujiwara is an artist, who is half Japanese and half British. Concerning the theme proposed, I believe that Fujiwara, who has a unique background, is an artist who can largely articulate many different methods in expressing them. The full essence of the piece cannot be absorbed merely through this photo. With the features of the figure, humorously depicting the artist’s and the little sign at its feet that reads “Please help me! -San Simon (Saint Simon)-“, Fujiwara creates an atmosphere that are both amusing and unique. 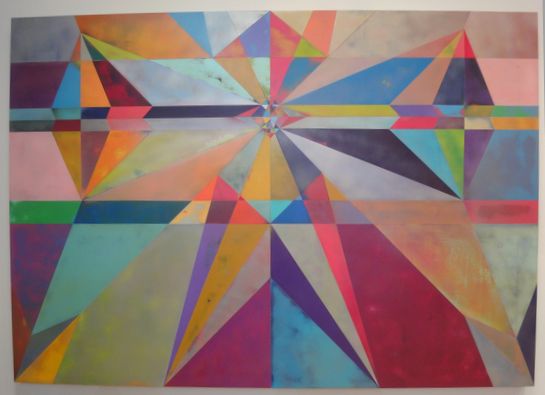 Artwork by Yusuke Komuta at SCAI THE BATHHOUSE 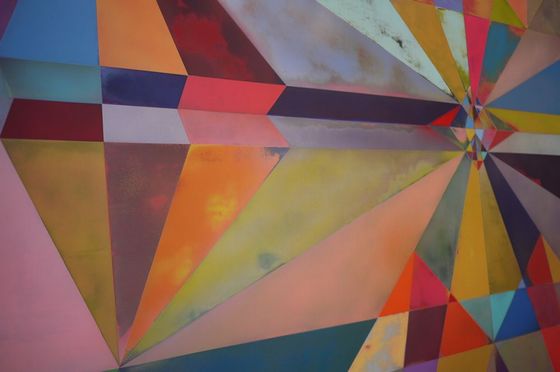 Detail of the painting.

Paintings that gave the impression it was painted on wax or steel. 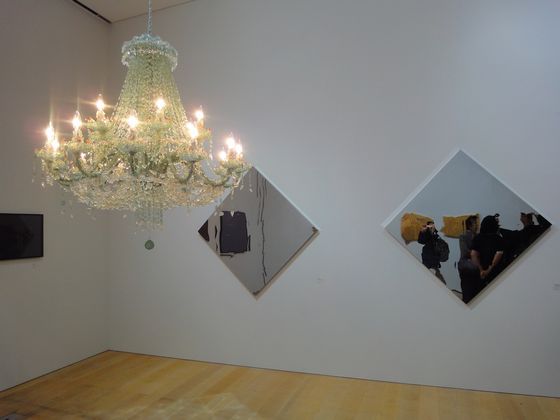 Haruka Kojin’s chandelier was made of the glasses collected at a car accident. The works of the 2 artists Haruka Kojin and Yusuke Komuta possess a unique atmosphere. 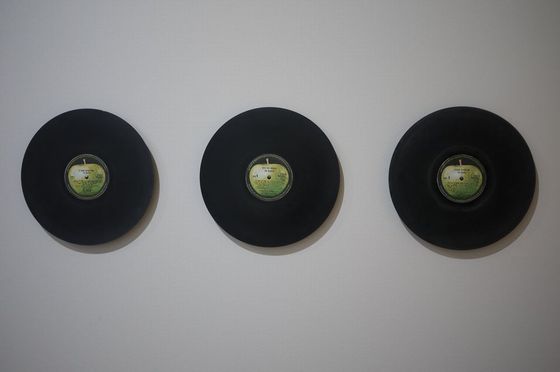 Artwork by Yukio Fujimoto at ShugoArts 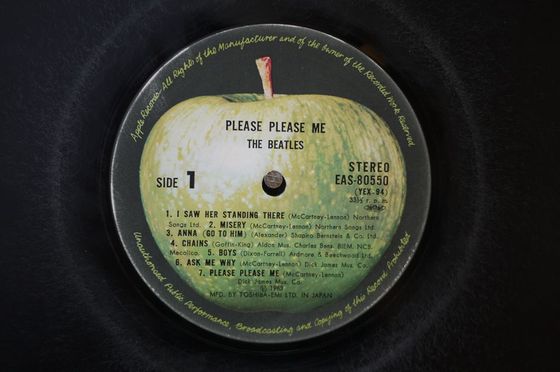 Detail of the artwork.

“Delete (the Beatles)” stimulates ones’ memory of legendary sounds, common to many of us, through sight and nostalgia. The artist had scraped the grooves off the records, making them unplayable, in order to attain the look of his piece. 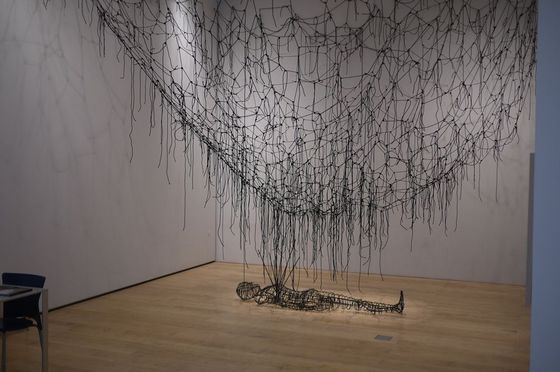 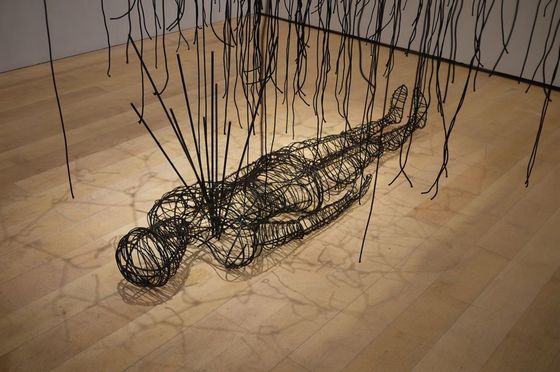 An intricate and complex piece where the viewer is only able to understand the piece visually and not be part of the atmosphere. Yet again, a representation of memory in the physical state.

A very strong dreamscape that represents the memory of the artist. One of my personal favorites. Keiichi Tanaami’s works are listed in the end. 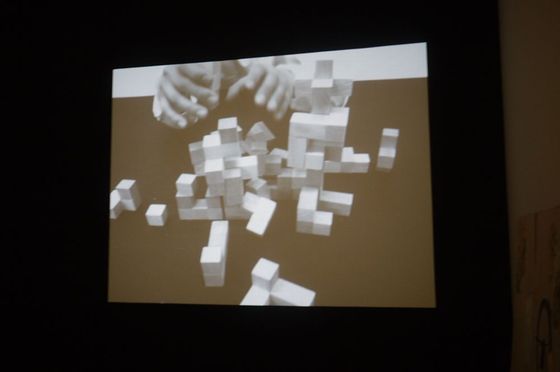 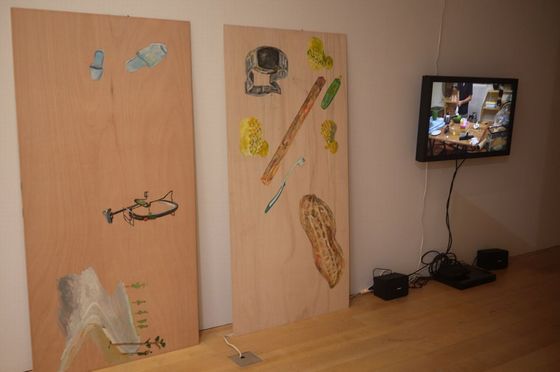 The voice of Kobayashi, describes his actions and environment in a matter-of-fact tone. Also observe his platform pieces, positioned meticulously within the space, creating a labyrinth like atmosphere. 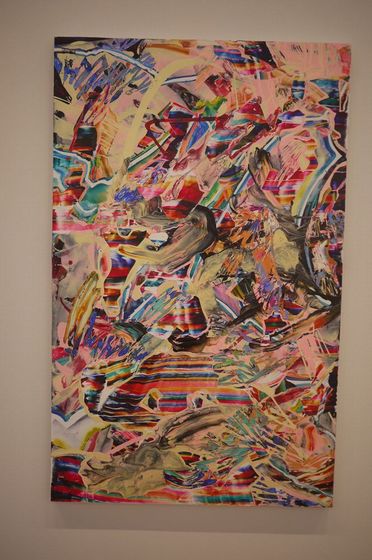 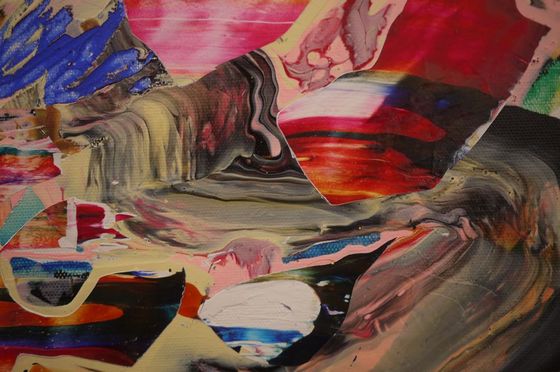 Detail of the artwork by Shuhei Yagi

The complexity of Yagi’s creation makes me crave for more information regarding his background. 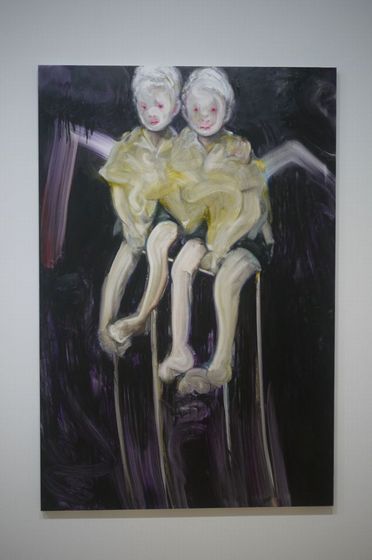 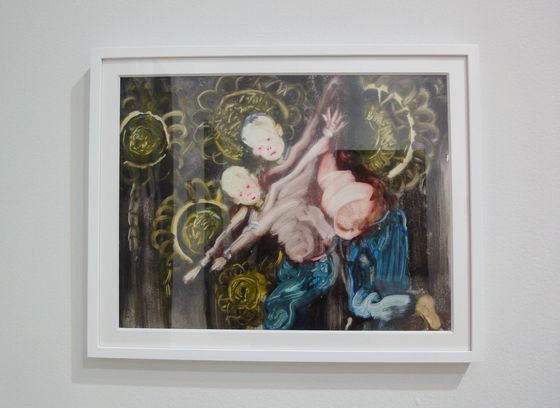 The works of Konishi displays a haunting image of sorts, but also brings forth a sense of warmness. The people depicted in his paintings are seemingly anonymous, but at the same time express an atmosphere that almost feels familiar to all viewers.

G-tokyo is highly recommended for those seeking information concerning contemporary artists, both up and coming and well known. I personally, was overwhelmed by the each unique presentation of the galleries and had decided to take my privileged time out of the horrid weather by returning to the entrance to immerse myself into the atmosphere for a second helping.