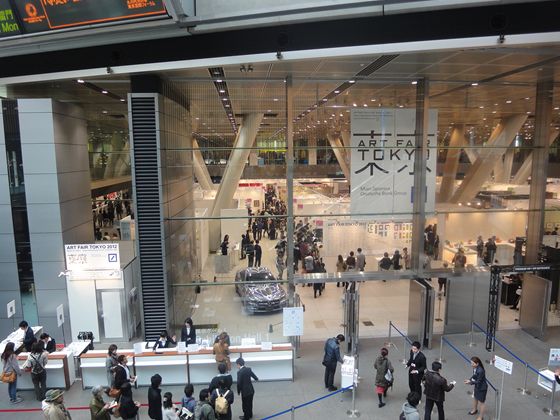 People were making a long line to purchase a ticket. The line did not disappear from the opening till the end.

Art Fair Tokyo which is the largest art fair in Japan, recorded over 53,000 visitors which was the highest number ever. 143?exhibitors were not only from Japan but from other Asian countries such as Korea, Taiwan and Hong Kong. Unlike other art fairs, Art Fair Tokyo accepts many kinds of genres not only contemporary but antiques and crafts. Take a look at the show from following photos. 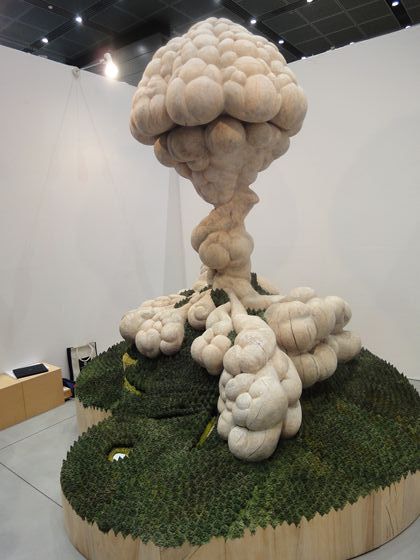 Keisuke Tanaka at Yamamoto Gendai which is Azito’s partner gallery, was showing a large wood sculpture titled “Kaiten”. The title “Kaiten” writes spinning sky “回天” with Chinese character. The clouds are whirling up to the sky. 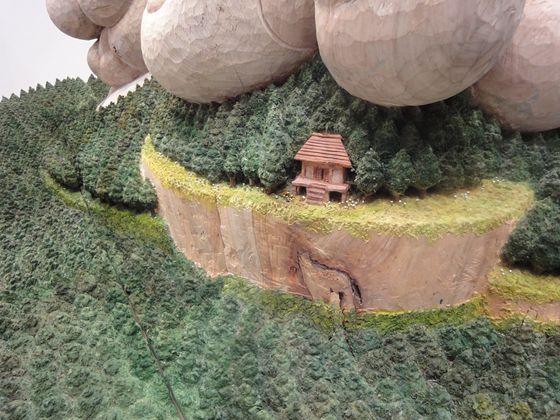 Seeing detail of the sculpture, there is a little house set secretly in the forest. 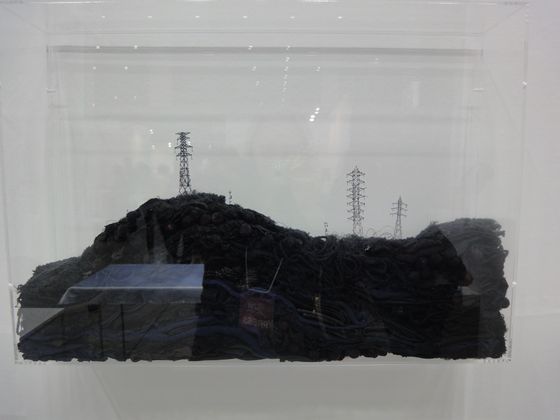 ARATANIURANO, another Azito’s partner galery was showing Takahiro Iwasaki’s fragile works. Radio towers are settled on clothe made of its thread. 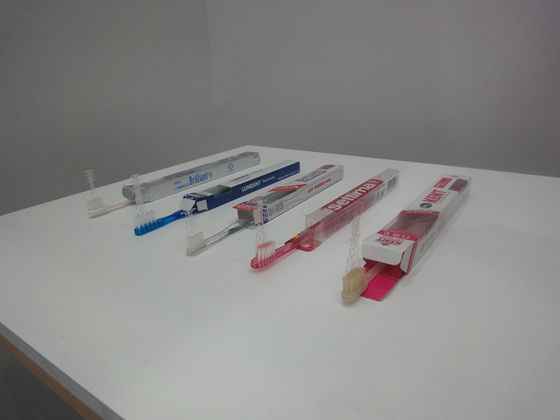 Work by Takahiro Iwasaki. Tower on a tooth brush. 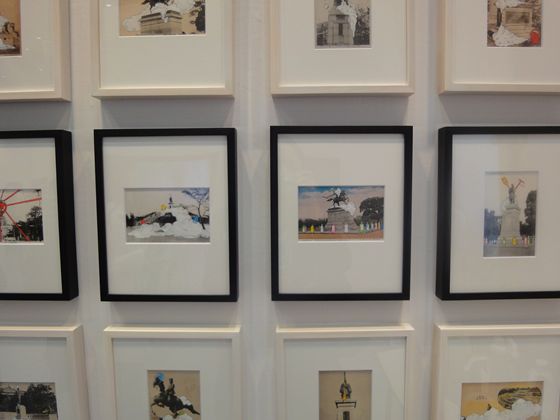 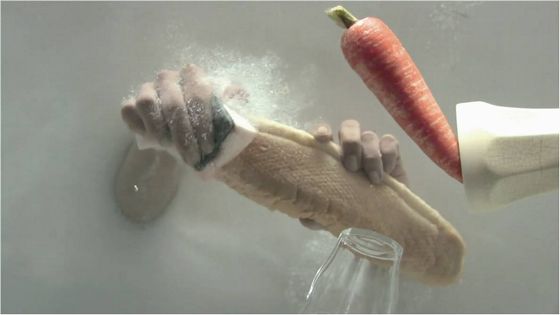 Masaru Iwai was also showing this “Galaxy wash” video work. His works are asking our desire of cleanness in our everyday life. 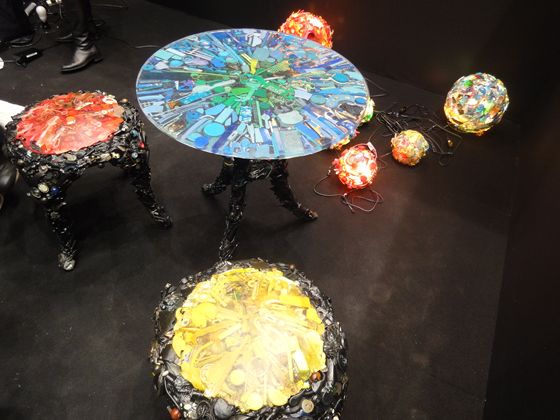 Works by Yodogawa Technique at Yukari Art. Yodogawa is a name of a river in Osaka. The artists collect garbage left in the river and create a large fish. At the fair they made a chair and table by the garbage. 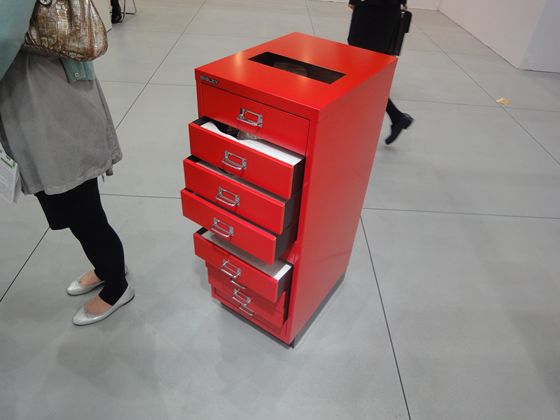 Artwork by Noriko Ambe. Papers are fully set in this cabinet and when I looked at the top… 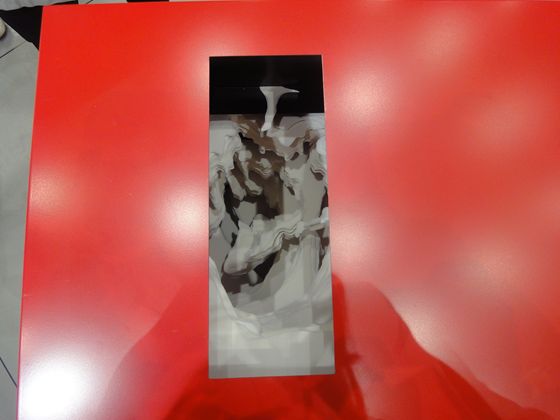 Here is the view from the top! Looks like a eroded cave. 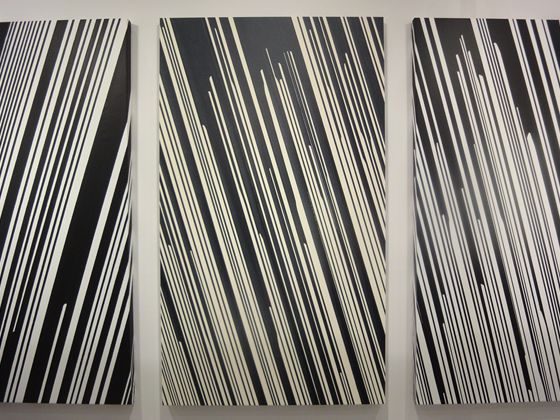 Kohei Nawa set the dark color paint to slope down naturally and put the sheet on a canvas slanted. Shown at SCAI the bath house. 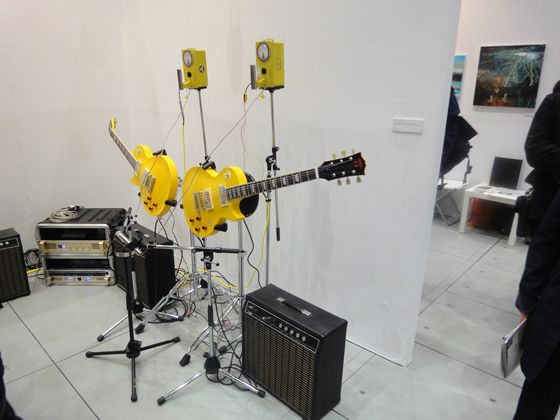 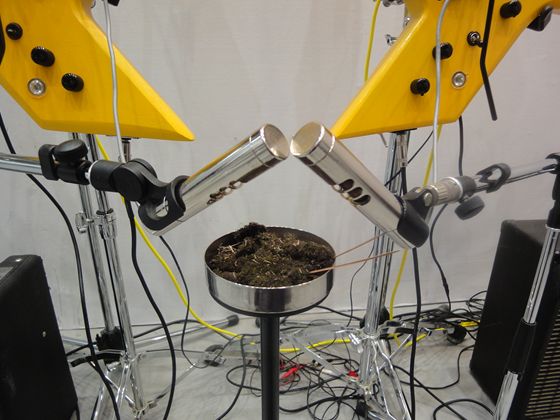 The guitars were making a sound when it detects any radiation from the soil taken from the Imperial Palace in Tokyo. 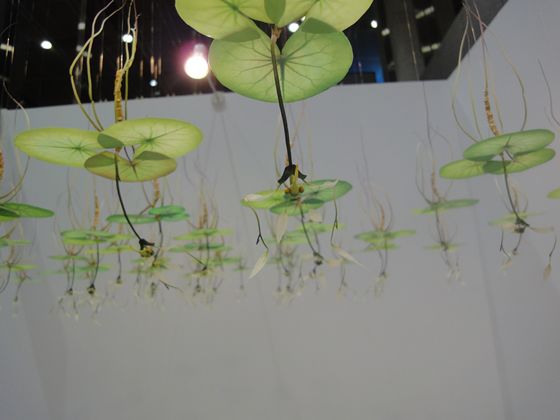 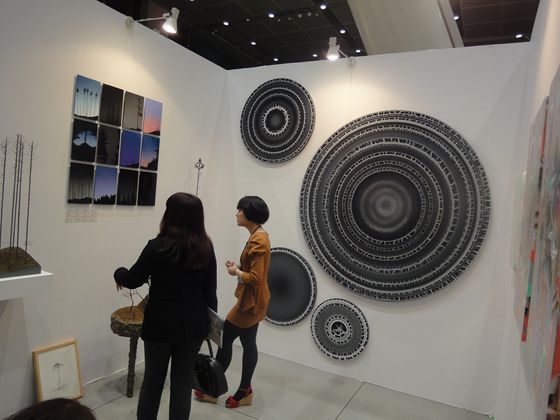 Booth of Island gallery. The black paintings on the back looks like annual growth rings. 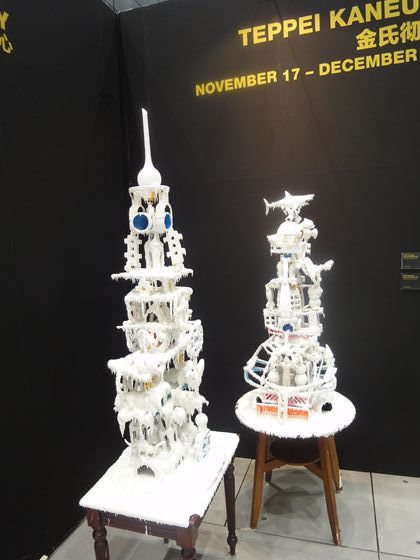 Teppei Kaneuji was shown at Ullens Center for Contemporary Art since he will hold an exhibition this November. 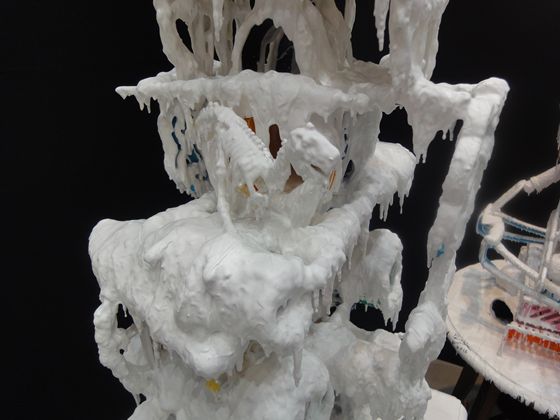 Close up look of his sculpture. Could you find the dinosaur? 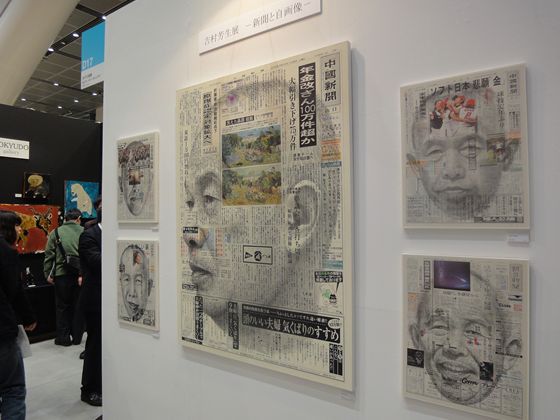 Yoshio Yoshimura drew his face on a newspaper. His family took a picture of the artist on the day when the newspaper is published and he drew his face from it. 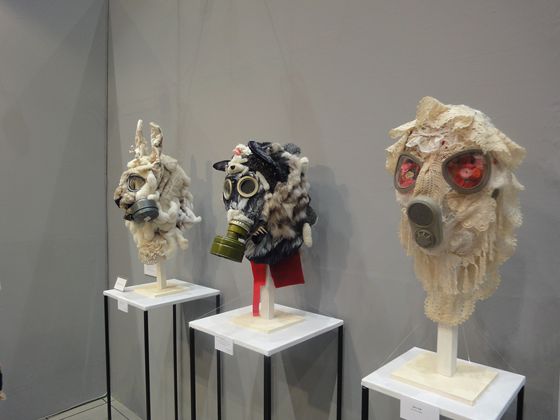 Kayo Sato was shocked by the radiation accident and created this work. She bought the real gas mask, cut and combined it with stuffed animals and clothes. 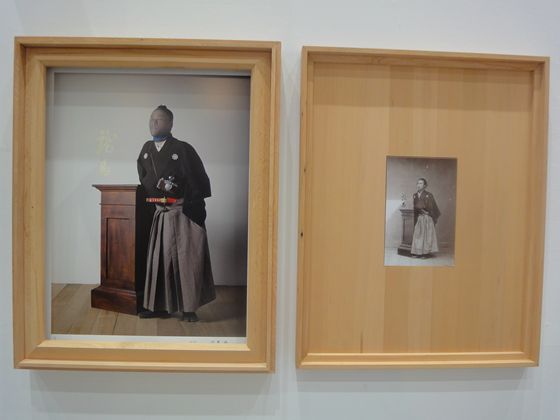 This one in funny… The photo on the right is a picture of Ryoma Sakamoto who is famous for leading Japan to the first step of democracy and quite popular in Japan in a recent year. And on the left, someone is imitating it with wearing a lady’s stocking on his face and actually looks similar! hahaha. 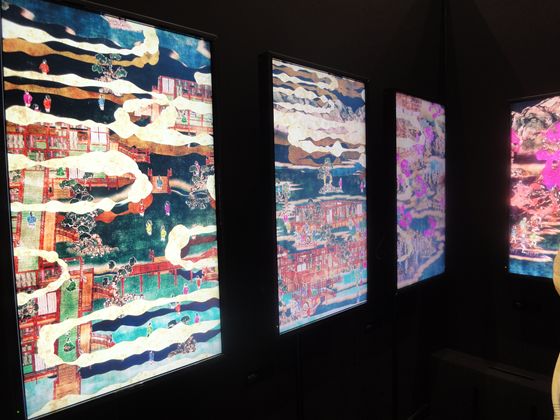 Team-lab was showing their video work “flower and corpse” with 12 screens held in line. 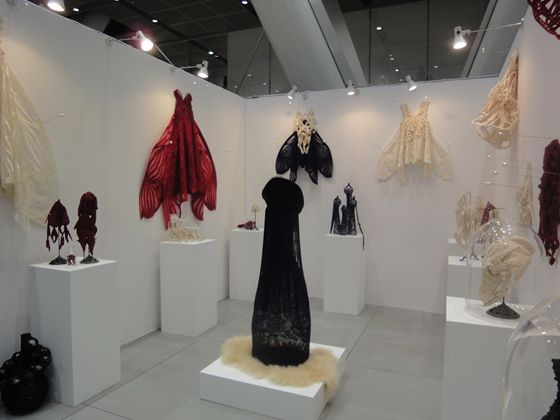 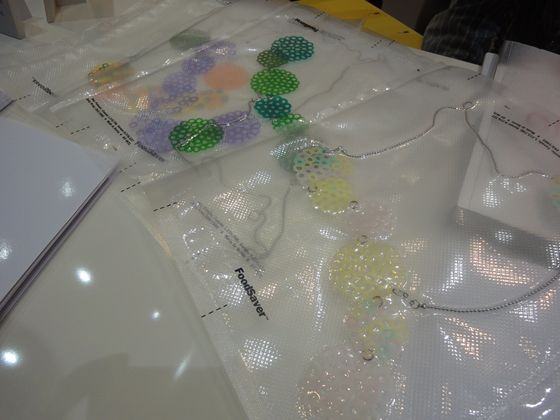 This is from the jewelry booth. Each little circles are cut straws. They are melted and connected like a flower. Very cute!

This year, new art guide tours were planned for this fair which were quickly filled up after it opened the application. We joined one of them and will report on it too. About the special exhibition “Shuffle 2″ which mixed up the antique works with contemporary art will be in another report.

Works created with great detailed techniques were seen in many booths and it must be one of the character of Asian artists. Also some of the works were dealing with the theme of radiation accident and I could see how deeply it had influenced people’s mind.