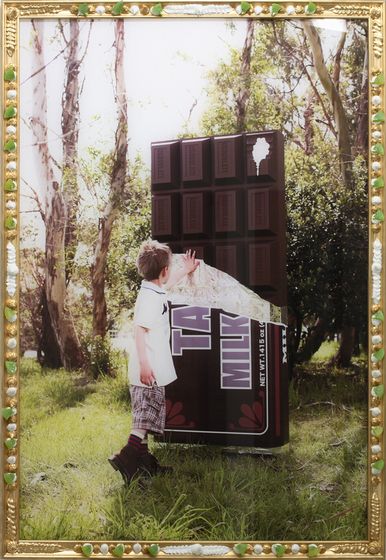 AZITO is pleased to introduce the cute but scary photographs by Tetsuya Tamanoi. 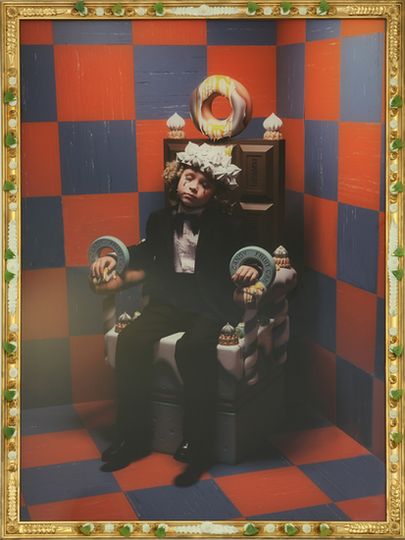 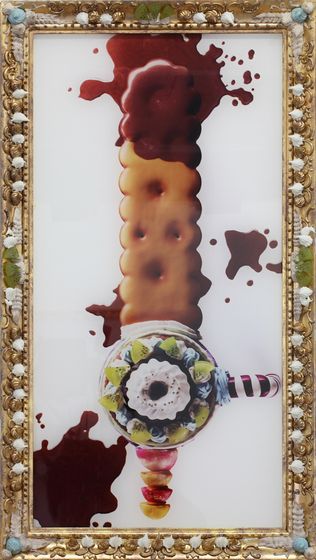 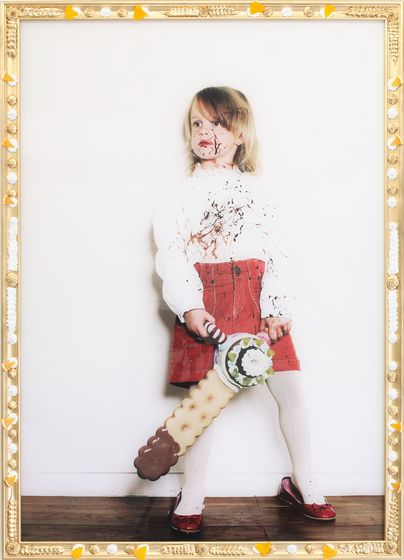 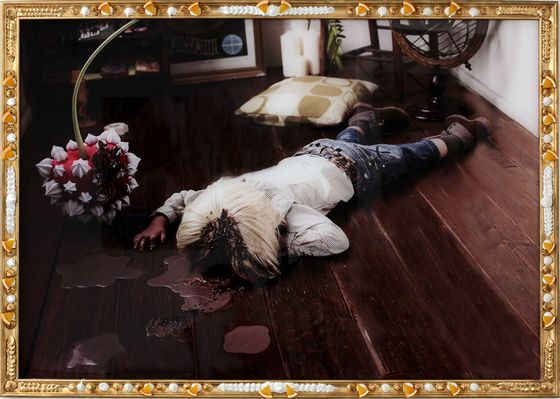 Like a child’s imagination coming true, Tamanoi‘s debut photo series explores what happens when two of his favorite things – candy and horror movies – become one and the same.
The effect is addictive. Tapping into a person’s instinctual delight, as well as sense of humor, one cannot help but find that these images seem to speak to the “id”; and, not unlike a sugar rush, the urge to have more is almost compulsory.

Tetsuya Tamanoi was born in —- and is a visual artist and graphic designer, with an impressive client roster. His technical excellence is due, in part, to his past experience as a sculptor in Takashi Murakami’s Kaikai Kiki studio, where perfection is the norm. However, Tamanoi‘s sense of humor and fantasy is all his own.

In Chengo“, Tamanoi has designed a cookie-chainsaw. Rendered with the drama of bloodshed, this image captures an ironic humor; made even more explicit by the cute gumdrop accents of the custom frame.

And in “Chengo” with a girl, Tamanoi captures the menacing effect of that very chainsaw, as a young blond child leans nonchalantly against a wall, blood-spattered and candy-chainsaw in hand. It is at once horrifying to imagine that the child could have committed such a repulsive act of violence; or what could happen if a child-like unawareness of consequence turns into senseless bloodshed. The toy-like aspect of the candy-chainsaw is both humorous, yet makes the image all the more disturbing; although any blood shed by a cookie-gun has no bearing in reality, the violence comes to life in the child’s imagination via Tamanoi’s image. It illustrates the cognitive dissonance of a child’s sweetness turning into aggression.

“Chulebu” is rendered like a still from a horror film, the aftermath of violence. A figure lays prostrate, with chocolately-looking blood spilling onto the floor. It captures the true essence of this series: what can happen when you get to live out your fantasies? The delight and humor of finding out the absurdity of our interests…and how they define us as individuals.