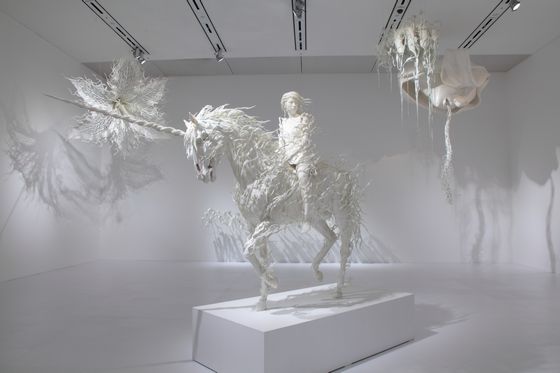 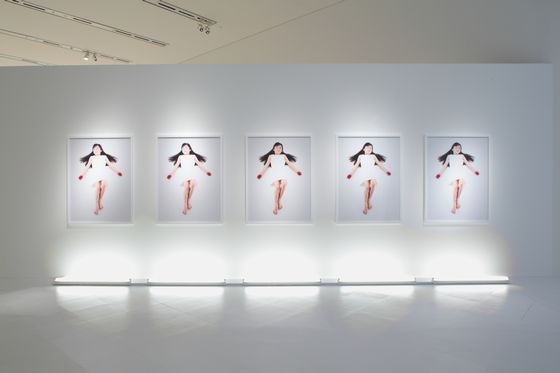 When I entered the exhibition space, I first faced the five photographs of a girl lying down on a white floor. (image above) It seems as if the girl’s hand was injured but actually she is holding a raspberry smashed in her hand. 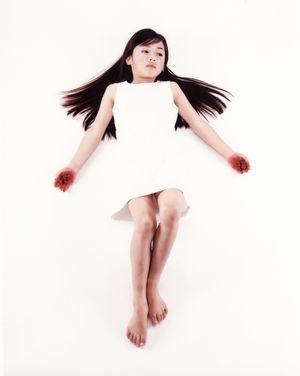 Motohiko Odani is an artist who works on the themes of physical sensations and psychological states, such as pain and fear, awaken latent thoughts and emotions in their viewers. The photo series “Phantom-Limb” gives you a sense of fear and pain by viewing a little girl, even though she is not expressing those emotions on her face. 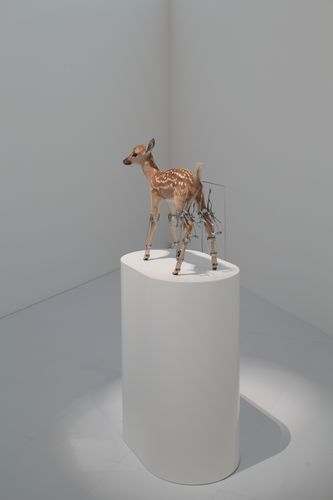 The complex images in the works defy single interpretations and possess an ominous charm that exists somewhere between beauty and ugliness, life and death and the spiritual and the secular. 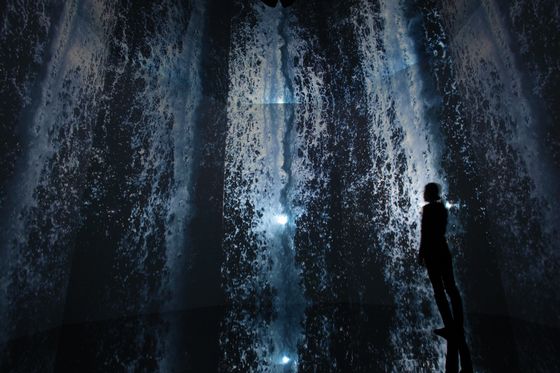 Odani, who has a critical understanding of sculpture, has resisted (or taken advantage of) the medium’s conventional image of weightiness or substance. Instead, he has given physical representation to “phantoms” – entirely ephemeral sensations or amorphous phenomena. 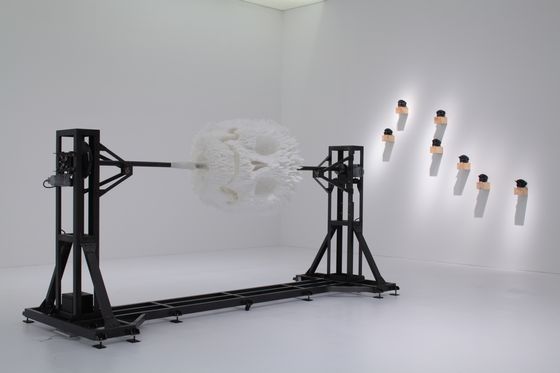 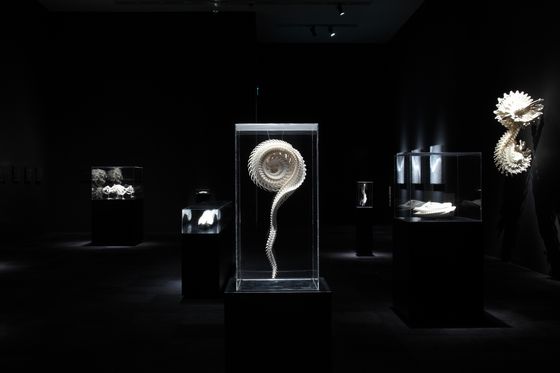 Through the entire exhibition, you may feel you actually met the phantom and recognize that it is really existing in our life.