Kyohei Sakaguchi “Practice for a revolution” at Watarium museum

Kyohei Sakaguchi is a young provocative artist proclaimed that he will be a president of a “new government” which he formed by himself. He explains it as a performance art based on his pure and fundamental questions such as “Why do human beings need money to live?” or “Why lands are owned by people?” You may have a practical answer but let’s rethink through Sakaguchi’s exhibition with blank slate of a mind. 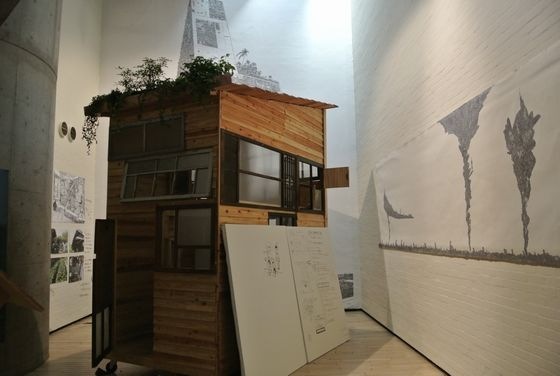 The exhibition is divided in three parts each on one floor. Each floor contains splendiferous practices of how life can take a turn and can be seen from another perspective. 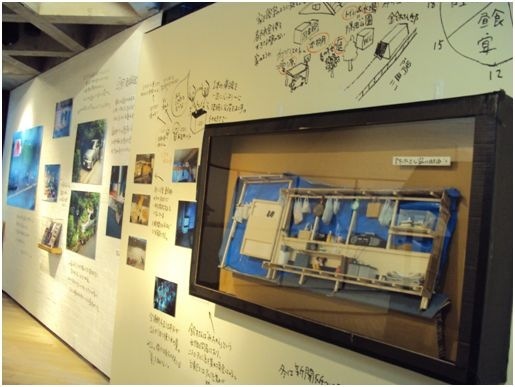 Notes of homeless people’s houses which inspired Sakaguchi, at “Practice for a revolution”, Watarium museum

As visitors enter the first part of the exhibition, they would be boomed with all kinds of wall texts, pictures, drawings and sketches of the homeless people’s houses which Sakaguchi was inspired by. He called them “0 yen house”, meaning that they were built without any expenses. He wrote;

“Architecture is based on the ownership of money and land although I was thinking of another way of housing. Then, I encountered this house when I was walking around.” 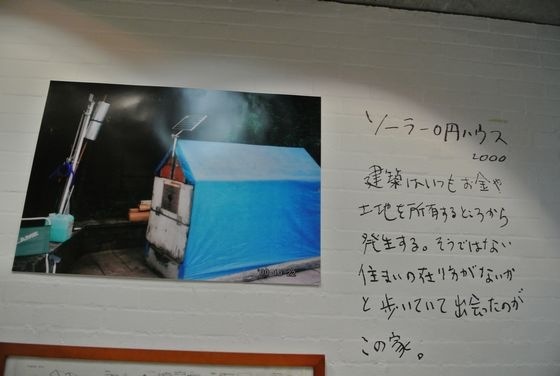 “Solar 0 yen house” which Sakaguchi was inspired, at “Practice for a revolution”, Watarium museum

Sakaguchi was questioning whether there is a way to live without paying to land loaders or any high expenses since that is the most problematic issue for people to work as slavery. He learned from the homeless that people can actually live without owning money or a land.

In one house, car electric accumulator empowers the basic appliances and the rainwater provides water for garden, cooking and showering. In the middle of the first floor there is an actual 0￥ house Sakaguchi built that visitors can enter and explore. It is actually stylish and not like a usual homeless house.

The second section of the exhibition offers different types of drawings that are representing Sakaguchi’s ideas and inspirations. There were also a series of drawing titled “The dream journal” depicting what he dreamed at night. Another series were the sketches of homeless people with descriptions of how they are living. 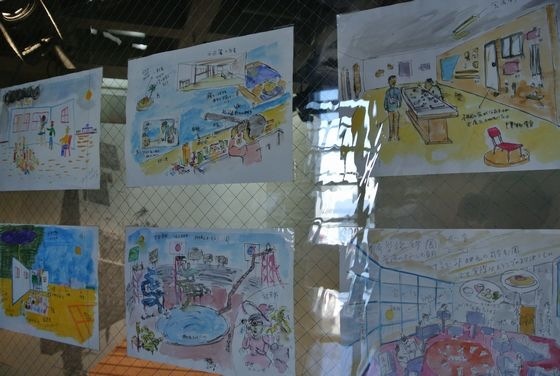 “The dream journal” by Kyohei Sakaguchi, at “Practice for a revolution”, Watarium museum

The last, most important floor shows how all of his ideas are related in his brain. On the entire wall, he drew a “mind map” which is representing how his ideas are connected or how they were born. 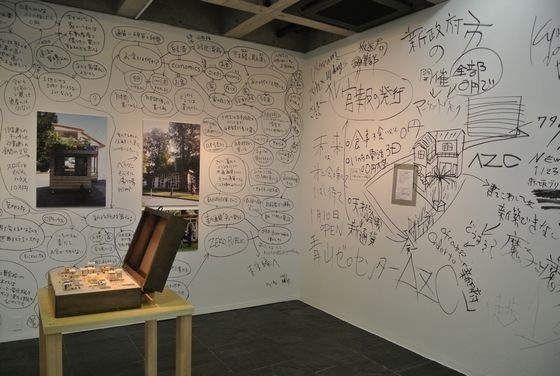 Sakaguchi’s thoughts connected each other on the wall, at “Practice for a revolution”, Watarium museum

One of the reasons why he started a “government” is that the real government could not move quickly to help the people who were living near the Fukushima nuclear power plant after the accident in 201. He felt like there is no government trying to save its citizens in this country. So he started form a government to find a place for them to move out by himself. Although he calls himself as a president, he is not trying to beat against the real government but there could be many governments run by their own perspectives to help people from their view.

In a video message, Sakaguchi tells his phone number (himself, he refers to it as a “hot line”) so that anyone who if depressed and has suicidal tendencies can call him at any given moment. His mission is to save people’s lives as it is written in the law that ensures a healthy and cultural life to all citizens. 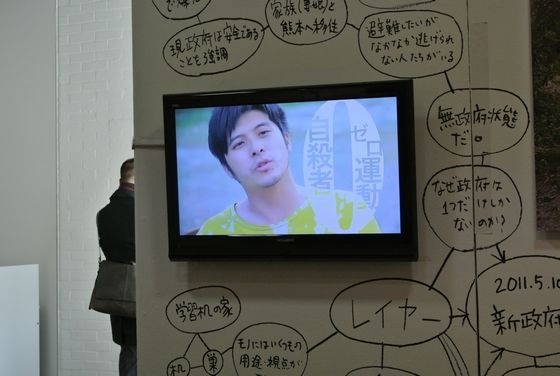 Kyohei Sakaguchi’s message video. You can see the same one on Youtube. (Japanese only) 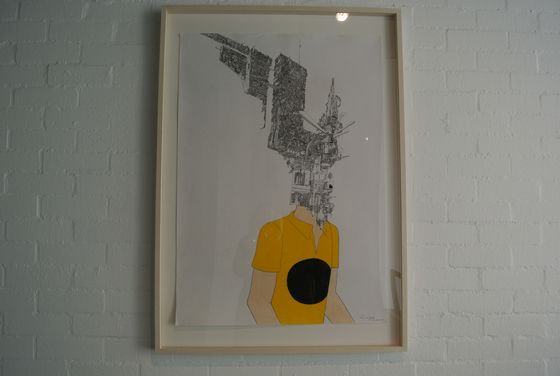 Knowing how much you need for yourself 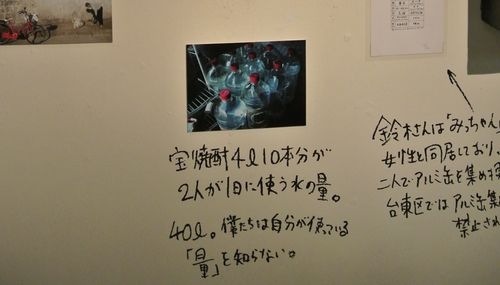 Sagaguchi wrote “We don’t know how much we use.” on the wall, at “Practice for a revolution”, Watarium museum

In one of the descriptions of 0 yen house, Sakaguchi wrote:

“10 bottles of 4 littler water. That is how much they use in a day. Total 40 littler. We don’t know “how much” water we acutually use.”

Knowing how much we use means knowing how much we need. Self-sufficiency is one of the great ideas of contemporary civilization and can actually help the society to turn its way of life around. Why? One of great problems of our generation is presented by the term “extra” or “too much” – too much paper, too much plastic, too much food, and too much water that we use and throw away every day. All of that produces redundant garbage that takes a lot of space. The careless treatment of our environment is starting to backfire and the ideas, by which you can achieve harmony, are more than welcome.

Nowadays, there aren’t a lot of people who understand the lack of knowledge in modern society. Furthermore, one of the important problems that are caused by ignorance is lack of concern for the environment. Nowadays, it seems that “having stuff” will make your life more rich – more important, or even worse, owning objects; capitalist system might make you think you are a better person. You are not. Nature created you. Nature gave you life and place to live. You should respect it and treat it kindly.

Tags:Exhibition
0
Share:
Interview with Kyotarou Hakamata, “People in a Skit” at MA2 gallery
New Arrival: Naoko Sekine, depth created by a pencil and your awareness