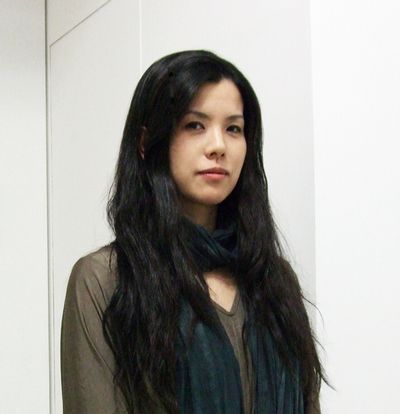 We have interviewed Yamamoto about the artists, Fukaya and Yanobe before. But this time, we asked her about how she started her gallery and what she cares for choosing artists to represent.

One provocative exhibition strongly moved me into art world

-What pushed you to work for the art industry?

I think there were several reasons but as the very first experience I consider working for an art foundation introduced to me through a friend. At that time, I did not know what I am going to do in my life and simply thought it sounded interesting. However, I might have not been working in art industry only with this one experience. Later on, there was a provocative exhibition “Anomaly” (1992) at the gallery, Roentgen Geijyutu Kenkyu-jyo (Röentgen Kunst Institut). And that was exhibition that really drove me into art. 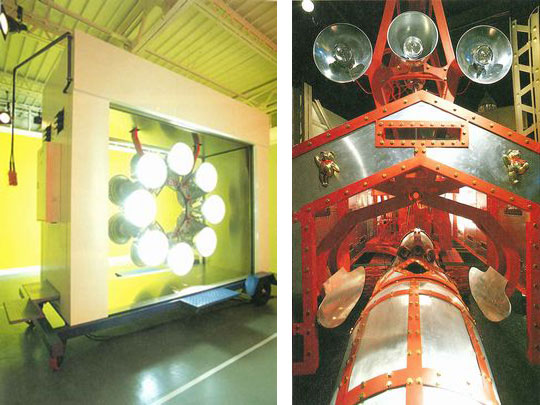 -Why was that exhibition so attractive to you?

There were outrageous mega-sized works exhibited there. Such as “Sea Breeze” by Takashi Murakami, Kenji Yanobe’s large caterpillar work, Gabin Itoh’s giant ramen-noodle figure and Kodai Nakahara’s huge tank work. They were all completely different from my idea of what art was like. It was my first experience to encounter a work which conquers the space, something more than an installation. And then, I started working for the gallery exhibiting this show. 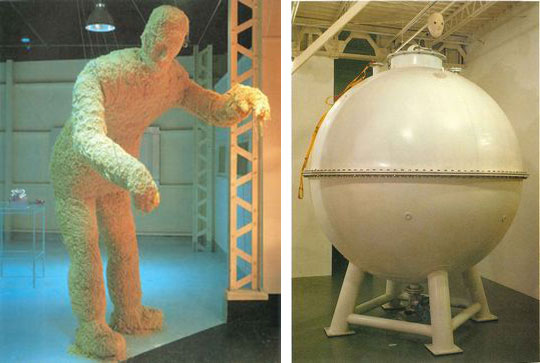 During my work for this gallery and talking with artists, I felt there is something “true” based in the art world rather than it’s moved under profit principle. I think that is why I am really attracted by art. Basically, we do not have to disguise ourselves to work with art. There is an intrinsic “real” value in it. 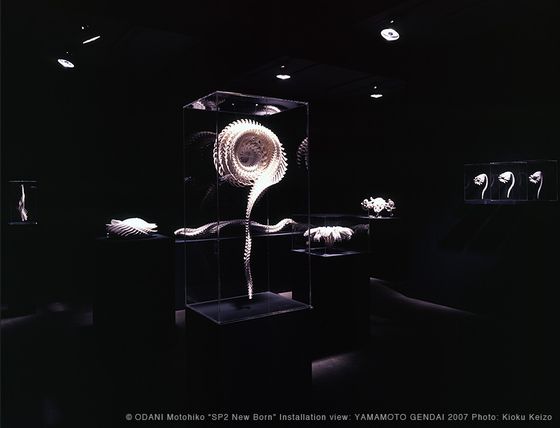 A phone call led me to open my own gallery

-What moved you to open your own gallery?

After working for?Röentgen Kunst ?Institut, I moved to another gallery, SCAI The Bath House.?And one day, I got a phone call from my collector. He was looking for a new storage and I introduced him one space. When he went out to look at the space, he found there was another extra floor available and suggested me to open a new gallery there over that phone call. It was a sudden proposal but somehow, I accepted it.

-So you already had had the idea to open your space at that moment?

I guess so. Otherwise I wouldn’t have answered “okay” to his phone call. But it doesn’t mean that I was especially avid for opening my own gallery. It was quite natural for one who had been working for a gallery at that time. Gallery is being run by the one’s strong ownership instead of being run by organizational team. So most of the gallery staff had a sense to go out and open their own gallery in the future. 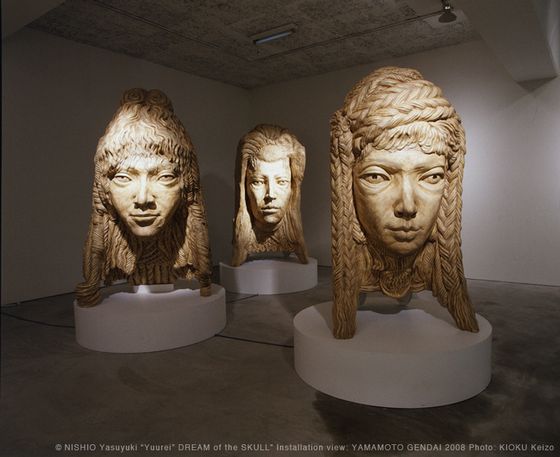 Exhibition view of “‘Yuurei’ DREAM of the SKULL” by Yasuyuki Nishio at Yamamoto Gendai, 2008. Photo by Keizo Kioku.

-Did you have a vision of what kind of gallery you wanted to run?

Hardly remember it but I did not really have any vision, I think… I found Odani and was managing Yanobe since I was working for?Röentgen?and found Nishio at Geisai (art fair for young artists ran by Takashi Murakami) so I simply imagined to manage those artists. Those artists also agreed to join my gallery. They might have wanted to work with a gallerist who is from the same generation. 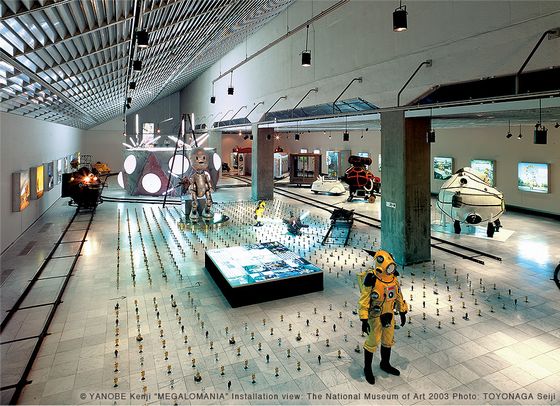 Installation view of “MEGALOMANIA” by Kenji Yanobe at the National Museum of Art, 2003. Photo by Seiji Toyonaga.

I choose the artists who puts the essence of a culture which they are directly influenced by into their works, but it is not necessarily traditional Japanese.

-How do you choose artists for your gallery?

Looking at the Japanese artists there is not many artists who wouldn’t be influenced by sub-culture, such as manga, animation, special effects TV program, SF or anything surrounds us. We cannot ignore those sub-cultures as if it is some non-respectful matter when we think about fine art. So, I thought I want to work with those artist who put this essence into their artwork.

-Can you tell us more about it?

It doesn’t necessarily mean that I want to emphasize the traditional part of Japan such as?zen?or?wa. I believe in the importance of the culture which we are exposed to in our daily life. I respect traditional Japanese art but what my generation is influenced by is the sub-culture including Akihabara street culture or independent label music. These cultures deserved to be respected as well. 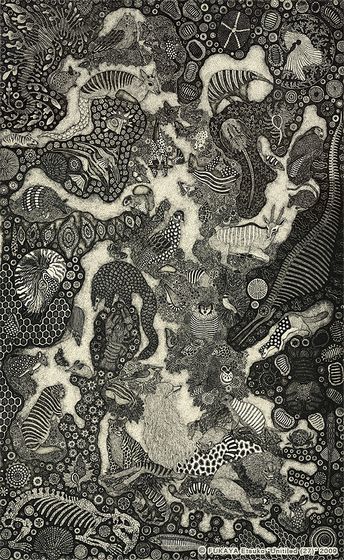 It may look difficult to apply the context outside of Japan but the essence can be shared world wide.

-You care about those elements since that must be the origin of the artists?

I think that is the root of the artist. We don’t have sense of reality in temples or shrines, right? We are not influenced by them directly. Art has to include our hidden common consciousness otherwise it does not have enough meaning to show it worldwide. It doesn’t have a meaning to do something similar to what Westerns do.?Whether I can feel the artist’s origin from his/her work is the important part of choosing artists.

It may look too domestic and difficult to apply the context outside of Japan but actually the essence can be shared worldwide. For example, Muneteru Ujino deals with the Japanese consumerism although this problem could be seen in any other countries. 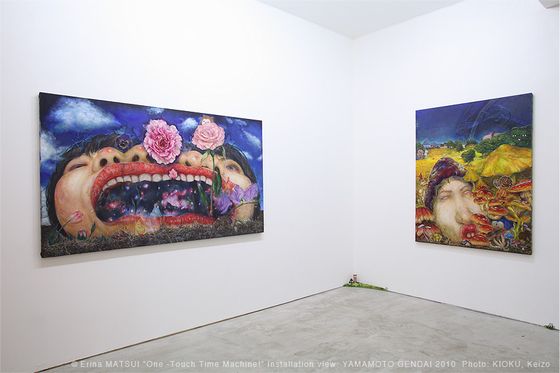 I like the artists who won’t give up to the end.

-Do you see something common among the artists you show?

In early days of the gallery, people often used to say to me that the artist is like Yamamoto Gendai taste. Although it was a necessary step to create my own character, it also made me feel that I am in a small world and that I want to expand my expression as a gallerist. Odani, Nishio, Yanobe, hmmm, they are rowdy artists?! hahaha. But they have different characters.

-I felt seriousness, spiritual quietness or gravity but a little funny part at the same time, with detailed hand work.

Ah! Maybe most of the artworks have funny aspects. Even Odani’s video work “leather face sculptor” which was about masked man cutting a lump of wood with a chain-saw making a rough sound, it made me grinning. I guess too much fear or seriousness is funny.

I also like the artists who won’t give up. It does not necessary mean that the work is made in small details. Yanobe’s work is screwed discretely, sometimes. But his enormous size works or Fukaya’s precisely carved etching could be create by the one who would not give up to the end.

-That’s true. Creating a large “Sun Child” sculpture cannot be done in a half hearted attitude. Thank you for your time and we are continuously looking forward to seeing new inspiring works at Yamamoto Gendai.

During the interview, there were a lot of laugh Yamamoto might look a little snobish to talk with because of her beautiful and posh style but her personality is open and bright as you can see through the interview. And I thought this personality is quite similar with the artworks she exhibits at her gallery. The work looks serious or holds heavy atmosphere,?carefully exhibited in the sophisticated space.?But when you get close to the work or know more about it, there is always a sense of humor waiting for you.