Mr. Mori is a tall, gentle-mannered gallerist with a discerning eye. He defines fine art as objects that appear between artists and physical objects or sceneries. The artists he represents are dynamic but some what humorous at the same time. We asked how him developed his perception towards art. 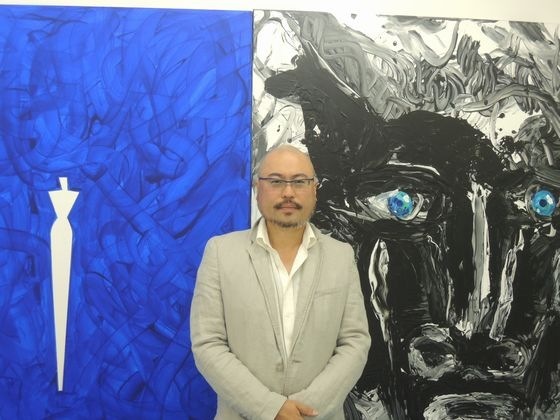 Moving from philosophy to fine art

Art was something that was always in my life. The painter Aki Kuroda (based in Paris), who is actually my cousin, influenced me the most. He often took me to galleries and I heard him talking with Mr. Jinno (owner of Gallery HAM, Nagoya) about French philosophy. Even if I couldn’t fully understand their conversations, they appealed to me a lot.

Therefore, I majored philosophy at Osaka University which had a strong department in phenomenology, and became interested in Bergsonism. Phenomenology is a way of thinking to capture the world as clusters of images. You see the world since you exist and the world will not exist if you do not exist. It is a very ideological approach questioning what the world is and who we are. 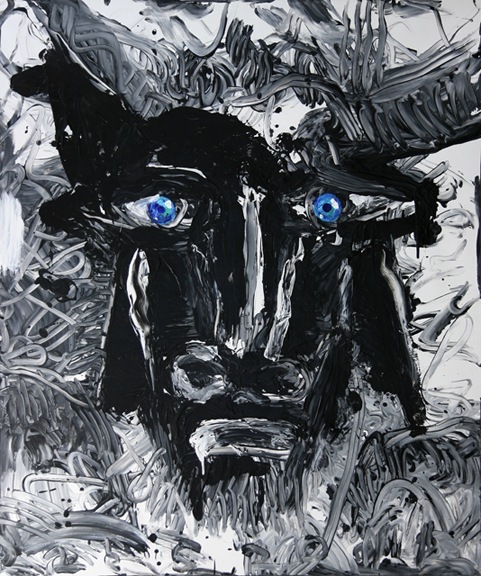 “HIS PORTRAIT” by Aki Kuroda

Even though I studied philosophy, I preferred to have a physical object to think about, and not just think within my own mind. And it was art.

Art is an object but different from other everday objects. Art is something that stands out between people and objects. For example, if an artist stands in front of a scenery and draws, a painting appears between the scene and the artist. On the other hand, art can exist between the artists and the viewer too.

It is fun to talk with people as a gallerist

-There are many ways to work with art, as a curator or a critic for example, but why did you choose to become a gallerist?

What is good about contemporary art is that the artists are still alive. We know the artists in person and know how they created their works. I love talking with viewers, especially as the first person to show an artist’s work publicly, and telling them about the story behind the work. I enjoy the process of communicating with the collectors and handing the work to them.

I started to manage Aki Kuroda when I was pursuing my PhD, which was also when I worked part-timed in galleries. Being a gallerist was what I could imagine easily when I thought about working in the art world. 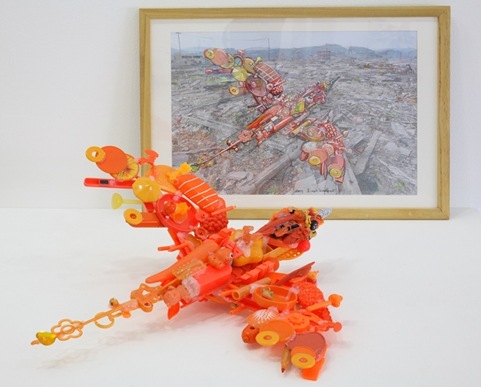 Engaging the viewer rather than convincing them

I prefer artists who have room to breathe in their works. For example, a dynamic paint stroke or sensitive technique that is full of energy is appealing to me.

Paramodel creates a plastic trail drawing that looks as if it continues forever. The installation appears to be under construction and keeps changing. They capture a city as a parking space where cars stop and go. If you see a city in the long term, buildings are dismolished and constructed just like a car moving in a parking space. I love their unfixed and fluctuating ideas. 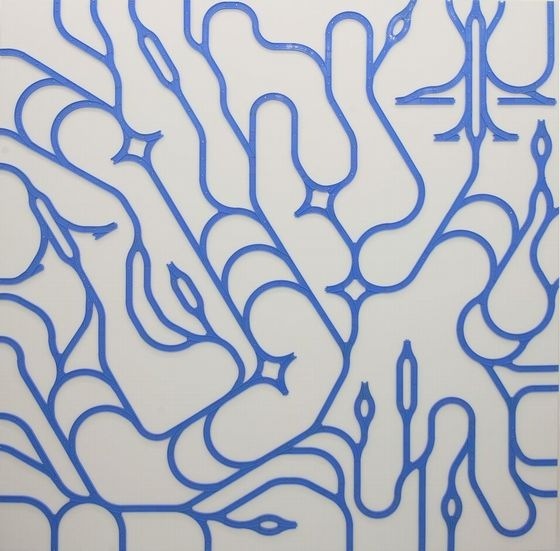 Tamanoi creates works with stories behind them, but are not concrete stories. You can add or change a work’s story with your own imagination. He turns on a hidden switch in our minds. 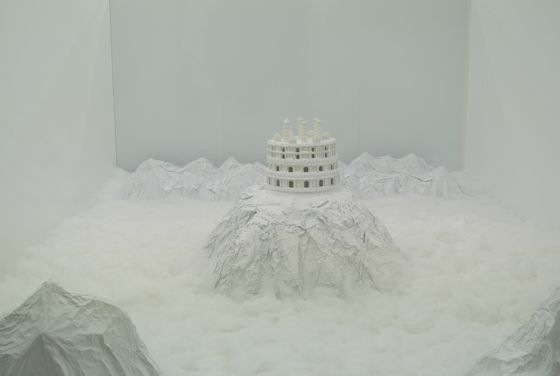 I think it’s important that the work’s concept is not perfectly fixed by the artist since it gives the viewers a way to engage in the work. I know that a work with a concrete story behind it has a powerful message that seems convincing to the viewer. However, I think that will also distance it from the viewers. Engaging the viewer is more important than convincing them.

It’s quite a simple answer, but art gives us a path to go somewhere we can’t go. It gives us different perspectives, leads us to unthinkable ideas which we couldn’t conceive before or turns on a switch inside of us