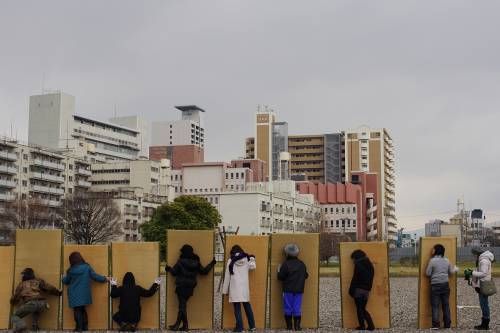 The Japan Cultural Institute in Paris celebrates the 15th year of activity in the shadow of ?the Eiffel Tower with a program entirely devoted to Japanese humor. Featured among the proposed events is the exhibition “Humor, parody & videos – Video productions from contemporary Japan”, which suggests different reflections on this theme through the works of nine Japanese video-artists. 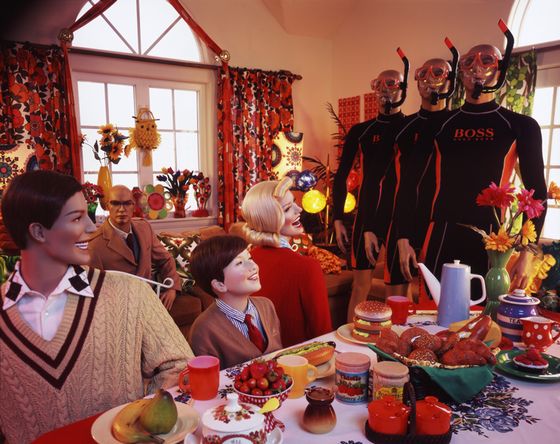 For the section “Parody and melancholy” the curator Hisako Hara proposes the works of Yasumasa Morimura and Toastie. The chameleonic artist Morimura plays Hitler as portrayed by Charlie Chaplin in the famous “The Great Dictator”. On his hat, instead of a swastika, there is a badge with a slightly modified version of the Japanese kanji for “laughing”. After re-interpreting the scene of Hitler’s speech in an invented, grotesque language, Morimura involves the audience in a reflection on the actual meaning of dictatorship nowadays. 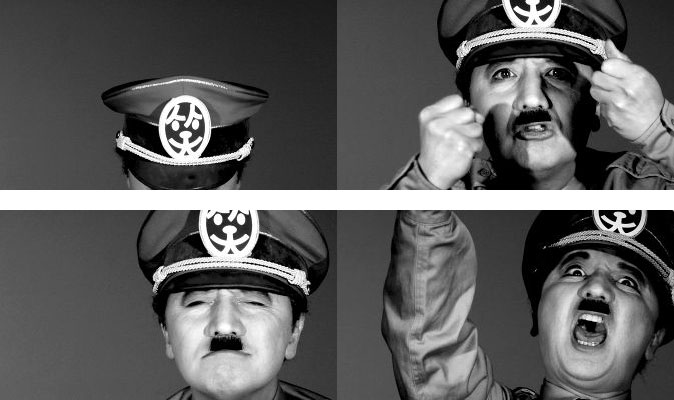 Toastie is best known for her performances involving dancing with a toaster on her head, or vacuum cleaners on her feet. In the videos presented here we can find the same mellow irony mixed with the pop attitude of a musical videoclip: Toastie becomes Baguette Bardot, a sex symbol with hands made out of bread. 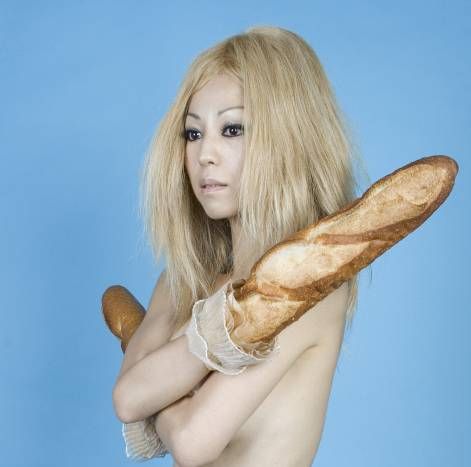 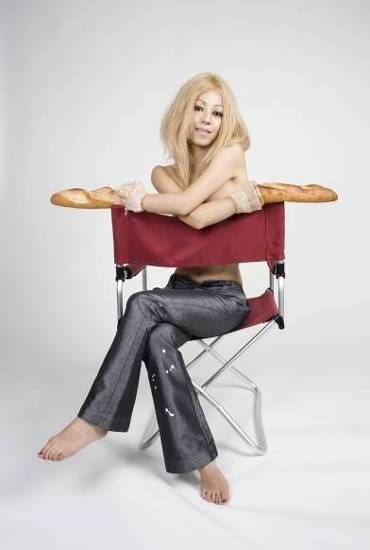 The last sections of the exhibition focus on two other aspects of laughter: amusement tout-court and ?humour found in the everyday.

Taro Izumi puts much effort in playing seriously with silly games (using a camera as a spaceship in “Panazoid”, ?or playing the mole game with people filmed by a CCTV in “Lime at the Bottom of the Lake”, ?another of his brilliant low-fi videos).

Atsushi Suzuki gives us some of the most lyrical images of the exhibition, by bringing to light some ?minimal deviations of everyday life in a urban context, turning ordinary settings into tender or funny scenes (“Japan Cloning”).

The exhibition also features two film programs (“Mini-Cinéma”) selected by Takashi Sawa, for a total of seven videos screened. Particularly remarkable amongst them, two animated films of ?young and talented Ryo Hirano (“Hietsuki-bushi” and “Holiday”). Hirano populates his world with weird, colourful and seducing creatures, creating a catchy balance between comical and uncanny.

This glance at the heterogeneous realm of humour succeeds in offering food for thought, whilst staying an entertaining display. Humour isn’t a much travelled path for what concerns critical discourse on video-art, so I found the idea behind this exhibition quite inspiring. A minor flaw: there are no headphones for any of the videos screened, so this means the audio of some of them must be necessarily kept very low. ?And that’s a shame, as for quite a few videos presented, music or ?more generally sound recording is essential in conveying the humorous intention.

However the rich variety of the works displaied (both from promising young artists and established ones) makes this exhibition an appointment not to be missed for the ones who happen to be in Paris.