Homage to Taro Okamoto celebrating the 100th anniversary of his birth 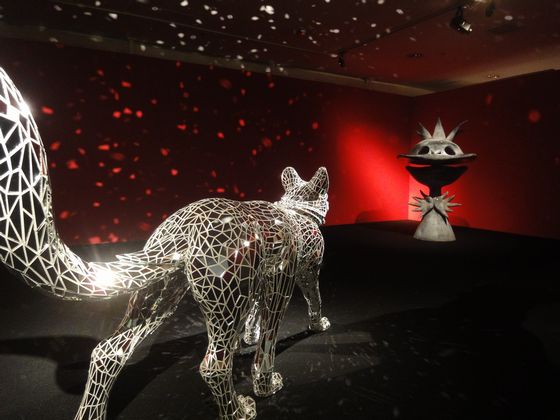 Taro Okamoto is a Japanese artist lived from 1911 to 1996. Celebrating his 100th anniversary of birth, 14 Japanese contemporary artists joined the exhibition tilted “Taro Love”. It is held at Seibu Department store in Shibuya, Tokyo. 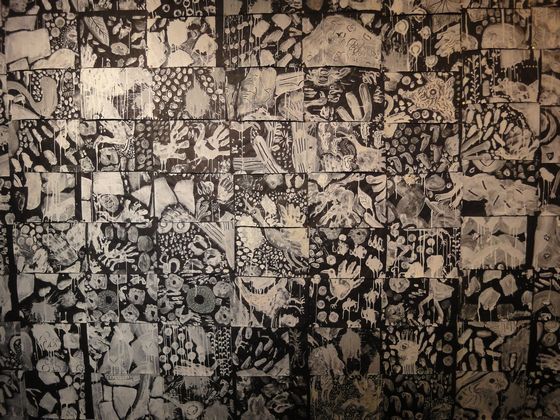 Paintings by Yusuke Asai, drawn with flour on black paper. 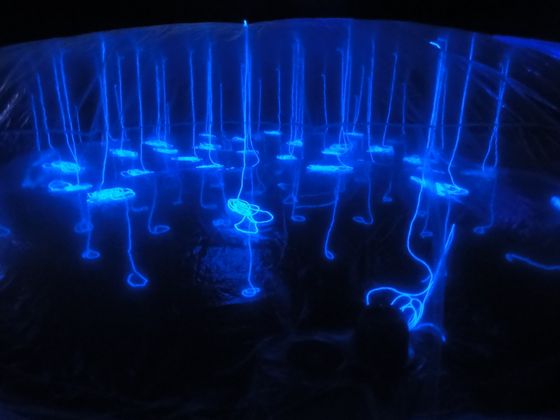 Installation by Yasuaki Onishi, depicting the primitive ocean floor. Light was a symbol of a unique absolute being for Taro Okamoto, which comes and goes time universally. 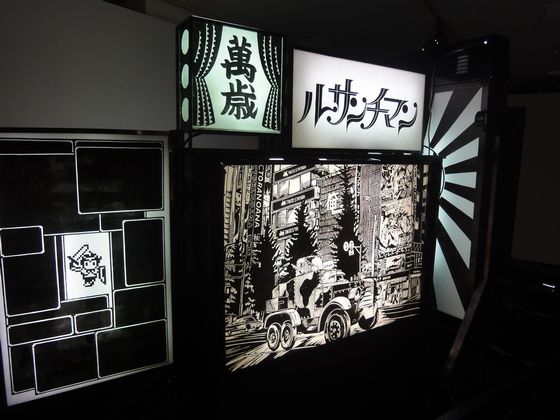 “Black flower train – my generation” by Sachiko Kazama. Sense of humor and sarcastic-ism. This black triumphal car during the war, was standing strongly in the exhibition space. 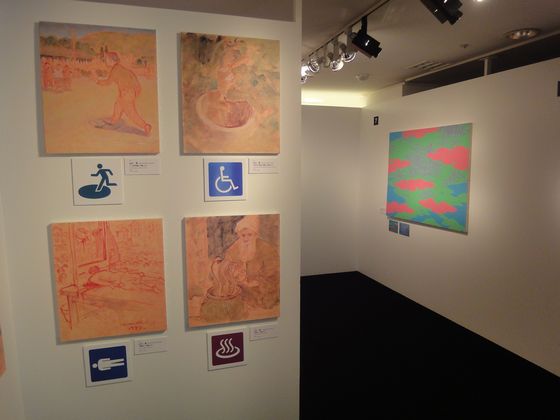 Artworks by Akira Yamaguchi. Playing with the road signatures. 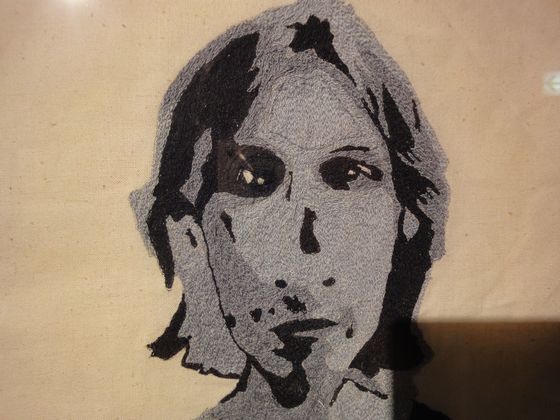 Artwork by Satoru Aoyama from his early stage when he started to use sawing as his method. He was questioning the meaning of Okamoto’s quote “Art should not be beautiful. Art should not be nice.” 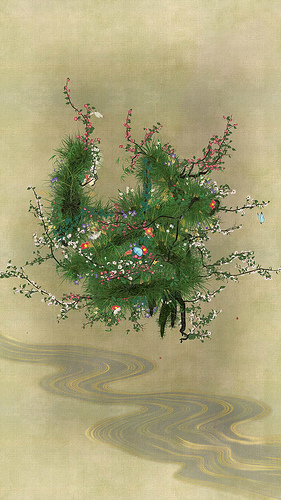 Video work by TEAMLAB, titled “Life survives by the power of life”. The Chinese character of “Life” is turning around in the video. Taro was a person who had a strong enthusiasm to express his energy of life.

Mr. Mizuma who is the co-curator of this show quoted about the exhibition as below.

Taro Okamoto said “When I saw the aesthetics of the Jomon pottery, I felt like my body was scratched around, pleasure ran through my blood vessel and sense my tempestuous power generating.” The Jomon power which exploded Taro, the same blood is inherited by the young artists in their DNA.