“DOMANI, The Art of Tomorrow Exhibition” at The National Art Center, Tokyo

“DOMANI, The Art of Tomorrow Exhibition” was held at the National Art Center, Tokyo.
The real Japanese art world was there!

The DOMANI exhibition has been held 13 times, and this year marks its 14th anniversary. This annual exhibition is an opportunity for artists who studied abroad on the Overseas Study Program for Artists funded by the Japanese Agency for Cultural Affairs to present the results of their studies. This time, eight artists were featured, who recently went abroad on this program and have not yet exhibited their works at the DOMANI exhibition.

This overseas program also celebrates its 45th anniversary this year. To commemorate this, 53 artists who studied on this program in the past were exhibiting their works with the 8 featured artists.

We’re going to show the variety of expressions by tomorrow’s leading artists! 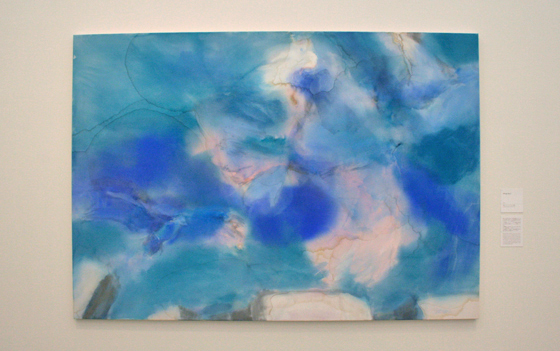 When I entered the exhibit space, my eyes were glued to the large, softly colored canvases. The main theme of Makiko Yamaguchi’s work is “rebirth”. 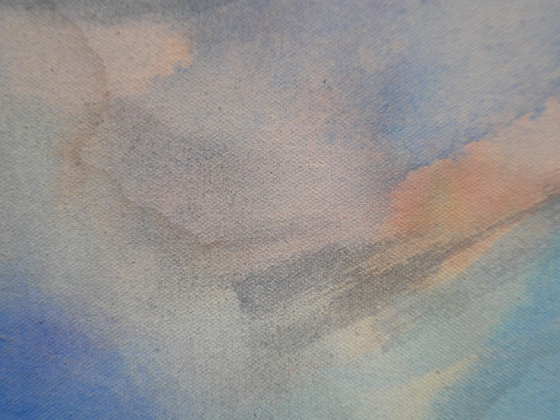 She uses water pigments with gradation, bleeding and pooling techniques.
She controls her paintings’ randomness, sketching over and over again in advance. “Bird” is a motif that attracted Yamaguchi during her stay in the UK on the Overseas Study Program for Artists. Her paintings of birds feel like a touch of shining life.

In the next room, the atmosphere changes completely.
Mamoru Abe has been working on iron installations.
He actually created his works using fire and his own body. 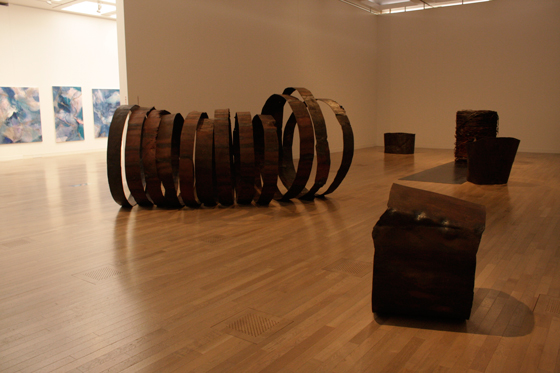 His works have real presence, beyond that of the material.

Tsukasa Yokozawa, based in New York, is a photographer who presents fresh sceneries created from his unique point of view and sense of distance. 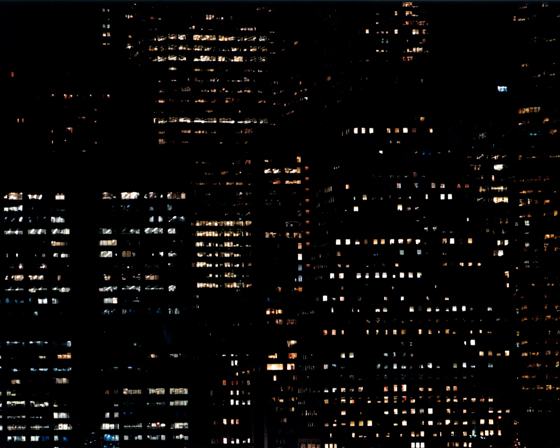 In this picture, separate elements are shown as if adjoined.
Impossible visions become possible by lens effects.
This is the magic of photography!

To my amazement, the artist took photos of all the street trees from Gramercy Park up to 82nd Street, walking along Lexington Avenue in New York!

Look at the detail. 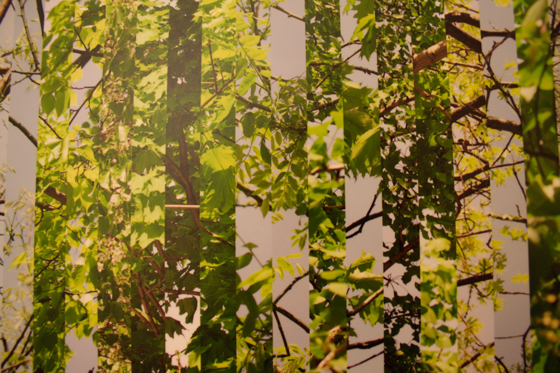 Ryo Shiotani is one of the most popular painters in the field of realistic painting. 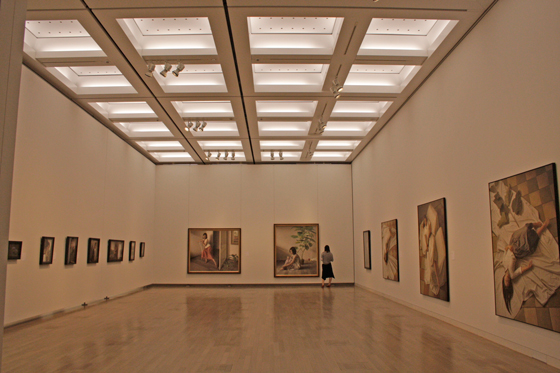 His work is so delicate and beautiful.
I felt as if the models in the pictures were going to start moving! 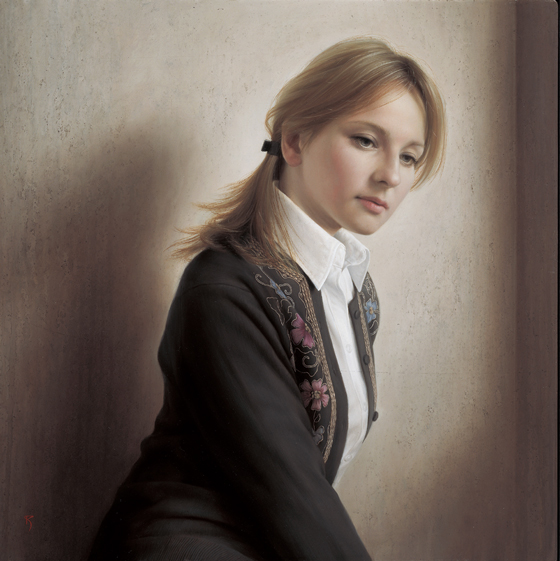 Nobuko Watabiki stayed in Germany on the Overseas Study Program, and started to utilize used clothing for her work.
What she felt the?most different from Japan were the colors of the clothes.
She considers?used clothes to have colors chosen by German people. 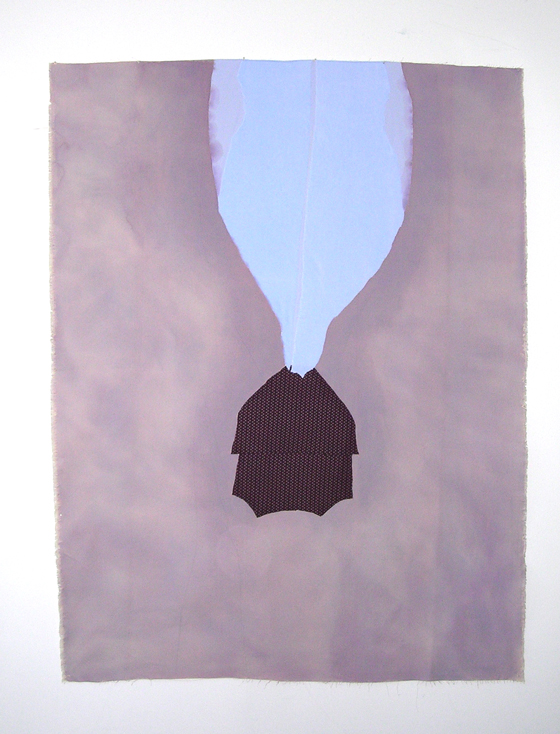 Nobuko Watabiki “Only the Toes are Honest to the Heart” 2010 detail: Nobuko Watabiki “Outside the Caves, There is a Night Shaped like a Cave” 2011

These are the arms of used clothes. Arms imply signs of people.
There is nobody wearing them, but you definitely feel the presence of people.
It is a mysterious work.

Mutsumi Tsuda took up the descendants and history of Japanese immigrants in New Caledonia as the theme of her work. 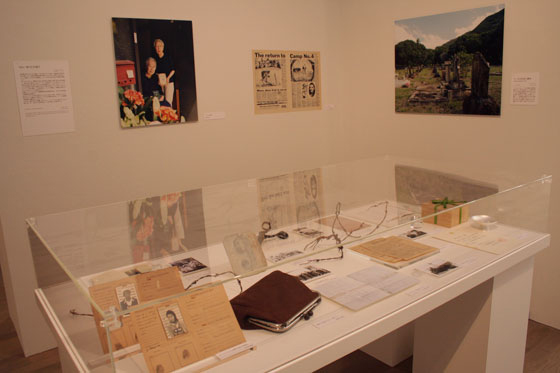 Her activities consisted of research of primary sources, interviews and photo shoots at areas where Japanese immigrants lived. 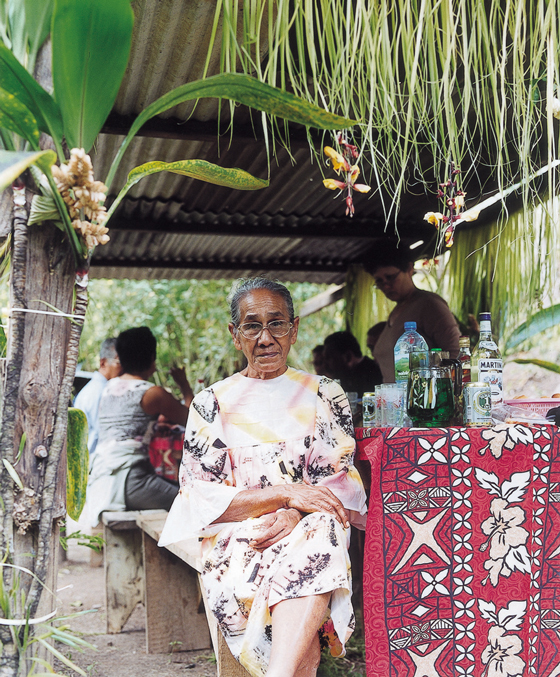 In the pictures on the wall,?people’s smiles or their clam lives were surrounded by beautiful landscapes. But I felt as if the immigrants’ invisible sorrow and heavy history were oozing out of these photographs.

Sako Kojima feels like she is a mouse, a tiny, fragile existence in this wide world. She has been working on the theme, mouse–her alter ego. The quiet cry of a mouse comes out of the movie….. Her works leave a strong impression, contrary to her motif of the fragile existence of mice.

Hisaharu Motoda describes the end of the world–big cities without people, eroded by growing plants.? These scenarios are all totally fictitious, but don’t you feel like you’ve seen them? 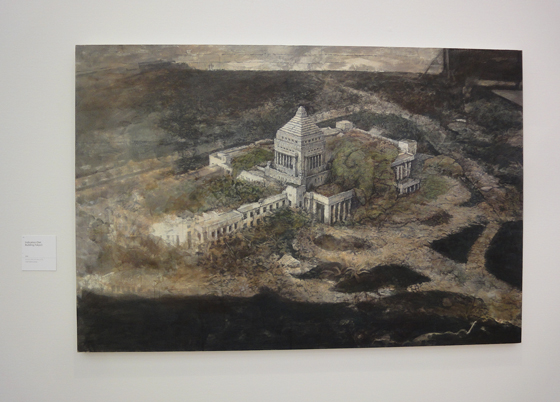 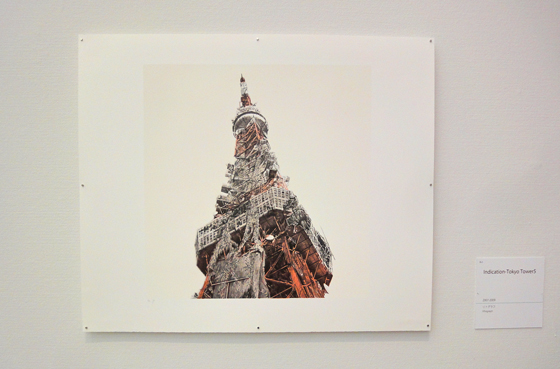 In addition to the above artists, 53 leading artists were exhibited their works.?The view of the museum where the works by experienced artists were gathered was really overwhelming!

text and photo by Yoshiko Anetai

Tags:Exhibition
0
Share:
Reika Nakayama “Sleeping Diary – to Paradise -” at Mori Yu Gallery Kyoto
“Fuyuko MATSUI: Becoming Friends with All the Children in the World” at Yokohama Museum of Art